Beyonce’s seventh studio album ‘Renaissance’ is expected to top charts around the world this week despite the criticism.

Singer Beyonce Knowles will be re-recording one of the songs on her new album ‘Renaissance’ after facing criticism, reports BBC. The song, titled ‘Heated’, has been called out by disability equality charity Scope as it comprises a derogatory term that is often used to demean people with spastic cerebral palsy. The term occurs twice in the song that has been co-written by Canadian star Drake.

A representative for the singer told Insider that the song’s lyric will be changed. ‘The word, not used intentionally in a harmful way, will be replaced,’ the statement said.

US musician Lizzo was also called out for using the same term in the song ‘Grrrls’, from her album ‘Special’ in June. After facing backlash, Lizzo apologised and replaced the lyric, saying that she had never wanted to ‘promote derogatory language’. ‘As a fat Black woman in America, I have had many hurtful words used against me so I understand the power words can have (whether intentionally, or in my case, unintentionally.),’ she said.

Disability charity Scope has appreciated Beyoncé for acting swiftly after being called out this thoughtless lyric.

Scope's media manager Warren Kirwan said, ‘There's a feeling of deja vu as it's just a few weeks since Lizzo also had to re-release a song after featuring the same offensive language. We hope this is the last time we see this kind of thing from anyone, let alone musicians with massive global influence.’

Beyonce’s seventh studio album ‘Renaissance’ is expected to top charts around the world this week despite the criticism. 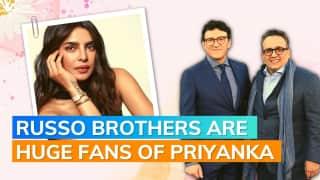