Sri Lanka's anti-government demonstrators on Thursday decided to vacate some of the iconic administrative buildings, including the President's House and the Prime Minister’s Office

Sri Lanka's anti-government demonstrators on Thursday decided to vacate some of the iconic administrative buildings, including the President's House and the Prime Minister’s Office, they have been occupying since April 9 demanding president Gotabaya Rajapaksa’s resignation.

“We are peacefully withdrawing from all buildings except the old parliament (president’s office) and Galle Face (the continuous protest site). We will continue to remain in these places, we will continue to protest until we reach our goals," a spokesperson for the group told reporters.

Protesters occupied the building demanding President Rajapaksa's resignation. However, the Prez on Wednesday fled to the Maldives on a military jet, hours before he was supposed to step down in the face of a public revolt against him and his family for mishandling the economy that has bankrupted the country.

Rajapaksa, the 73-year-old leader who had promised to resign on Wednesday, appointed Prime Minister Ranil Wickremesinghe as the acting President hours after he fled the country, escalating the political crisis and triggering a fresh wave of protests.

At least 84 people were hospitalised when protesters clashed with the security forces at the prime minister’s office and at the main access junction to Parliament since Wednesday afternoon after Rajapaksa fled the country.

The police fired tear gas and water cannons at the mob who were trying to break barriers and enter the restricted zone.

The police spokesman Nihal Thalduwa said protesters had grabbed a T56 firearm and 60 bullets from a Sri Lanka Army soldier. A police complaint had been lodged, the police said.

Protesters have been coming under pressure as the protests took a violent turn. The lawyers’ body had asked them to vacate the buildings.

The spokesperson said, "their campaign has always been peaceful. We tell those in power not to use this opportunity to threaten people and show your military power”. 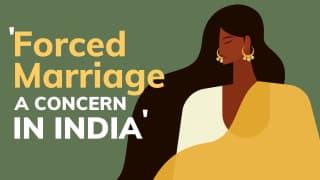