More than 40 camels banned from Saudi beauty contest over Botox

Their heads, necks and torsos were then scanned with X-ray and 3D ultrasound machines, and samples were taken for genetic analysis and other tests.

Over 40 camels were disqualified from a beauty pageant in Saudi Arabia recently after organizers discovered that the animals were given Botox injections and other cosmetic enhancements.

The King Abdulaziz Camel Festival is held in December annually and a 66 mn US dollar prize money is at stake.

The state-run Saudi Press Agency reported that judges used "advanced" technology to uncover tampering with camels on a scale not seen before”.

Twenty-seven contestants in the cup for Majaheim camels alone were disqualified for having stretched body parts and 16 were rejected for having received injections.

All contestants were first led into a hall where their external appearance and movements were examined by specialists.

Their heads, necks, and torsos were then scanned with X-ray and 3D ultrasound machines, and samples were taken for genetic analysis and other tests.

Key attributes include long, droopy lips, a big nose, and a shapely hump.

More than 40 camels banned from Saudi beauty contest over Botox 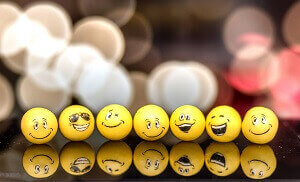