The man was seen wearing a pink stole, which is incidentally the colour of the ruling Telangana Rashtra Samithi party.

At a rally on 9 September 2022, Sarma was seen standing on the dais while another person addressed the crowd. Suddenly, a man burst onto the stage, and tried to grab the microphone. He was also seen speaking directly to Sarma in an agitated manner.

The man was seen wearing a pink stole, which is the colour of the ruling Telangana Rashtra Samithi party. Subsequently, he was dragged off the stage, and the Assam Chief Minister was seen laughing at the incident.

BJP leader Sarma is in Telangana as a guest of the Bhagyanagar Ganesh Utsav Samiti for the Ganesh festival and other events. 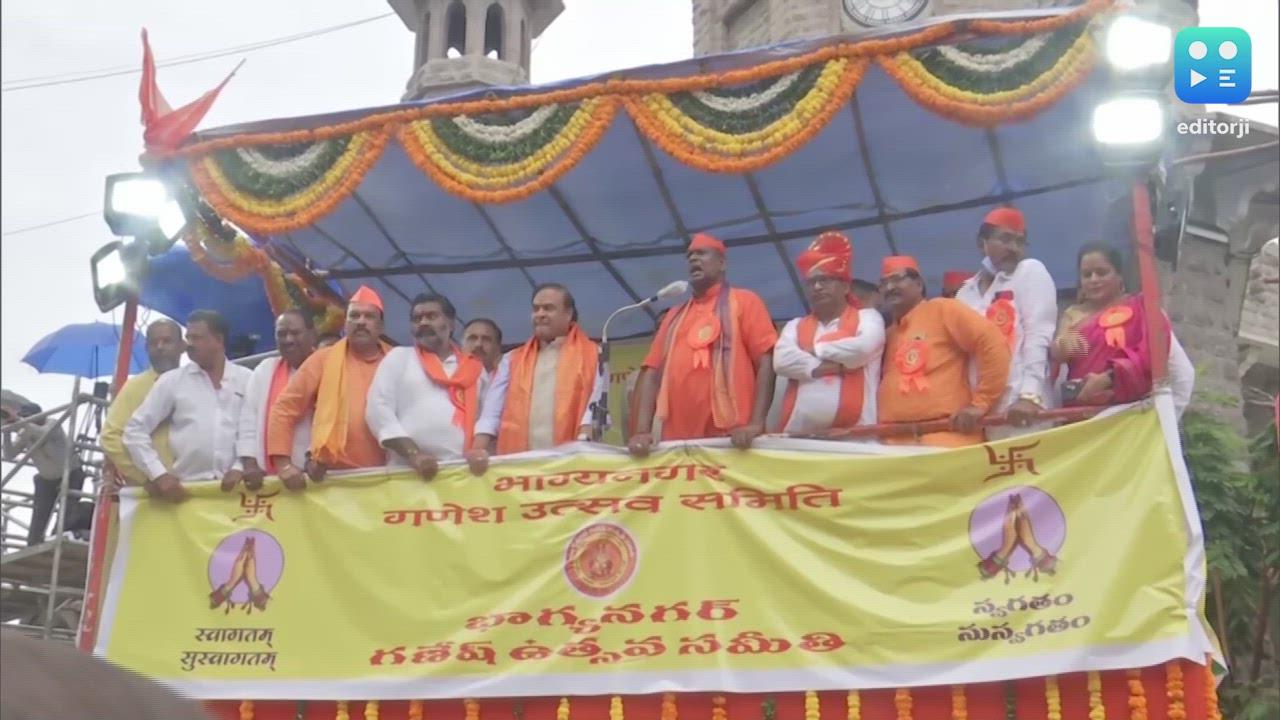 Uttarakhand: 25 people killed after bus falls into a gorge

Delhi: don't have a pollution certificate for your car, your RC could be cancelled