UK woman gets bus route tattooed as gratitude for this reason

FIFA World Cup 2022 CMR vs SRB: Cameroon come back from 2 goals down to hold Serbia to a 3-3 draw

What is Merriam-Webster's word of the year?

In July 2020, Pilot along with 18 party MLAs rebelled against Gehlot's leadership.

Reports suggested that Gehlot's loyalists are insisting that the next Chief Minister be picked from their camp, and not rival Sachin Pilot's. MLAs close to the current CM are reportedly citing Pilot's rebellion in 2020.

Ahead of the Congress Legislature Party meeting on Sunday evening, MLAs considered close to Chief Minister Ashok Gehlot met under the leadership of Cabinet Minister Shanti Dhariwal in what is seen as a message to the high command to pick a Gehlot loyalist as his successor.

Gehlot is expected to quit as the chief minister of Rajasthan if he wins the election to the post of the Congress national president, as the party has a 'one-man one-post' policy.

The meeting is also seen as an attempt to thwart the possibility of senior party leader Sachin Pilot being made the next chief minister.

Some participants said Gehlot's successor should be someone who was instrumental in saving the government during the political crisis in 2020 and not someone who was involved in toppling it, a veiled reference to Pilot.

Gehlot and Pilot were at loggerheads for the chief minister's post soon after the Congress won the Assembly elections in December 2018. The high command then chose Gehlot as the chief minister for the third time while Pilot was made his deputy.

In July 2020, Pilot along with 18 party MLAs rebelled against Gehlot's leadership.

"If the decision is not taken keeping the MLAs' sentiments in mind, the government will be in danger," independent legislator and advisor to the chief minister Sanyam Lodha said after the meeting.

Another leader Govind Ram Meghwal said Gehlot can shoulder both roles, that of the chief minister as well as the party's national president.

He said if Gehlot does not remain the chief minister, the party will face a major trouble in winning the next Assembly elections.

The CLP meeting was scheduled to begin at the chief minister's residence later in the evening in which Congress observers Mallikarjun Kharge and Rajasthan incharge Ajay Maken will also participate. 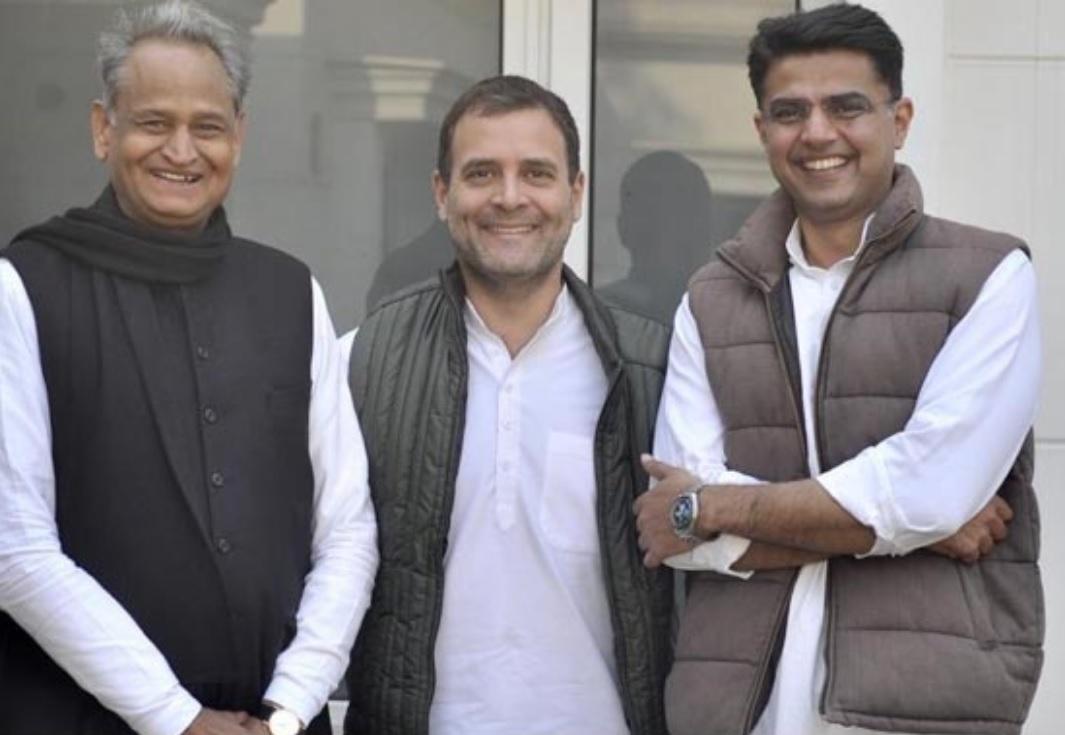 Watch: what Rahul Gandhi said about the rift between Ashok Gehlot and Sachin Pilot

In the last 6 years, even China hasn't seen the kind of internet access growth India has: Ajit Mohan

Ramdev under fire for his sexist comment on women's attire