Karnataka Minister K S Eshwarappa, who is facing charges of abetment to suicide in connection with the death of a civil contractor in Udupi, on Thursday announced that he will step down from his position.

Addressing a press meet here, Eshwarappa said, "I have served as the Rural Development and Panchayat Raj Minister in the Karnataka government. I have taken a decision today to resign from my ministerial position." He further said he would tender his resignation letter to Chief Minister Basavaraj Bommai on Friday.

The Minister was booked on Wednesday in connection with the suspected suicide of civil contractor Santosh K Patil, who was found dead in a hotel in Udupi.

The contractor had accused the minister and his close aides of demanding 40 per cent commission for executing a civic work in Hindalga village in Belagavi in 2021 ahead of a village festival.

"I decided to resign because I don't want to put in an uncomfortable situation those who helped me rise to this position, such as seniors in the party, Chief Minister Basavaraj Bommai and our national leaders," Eshwarappa added.

Earlier, Eshwarappa had rejected calls for his resignation over the issue, saying he was not at fault.

Patil's death has triggered a major political row and demands from the opposition Congress for the resignation of the BJP leader or his dismissal from the Cabinet. (PTI) 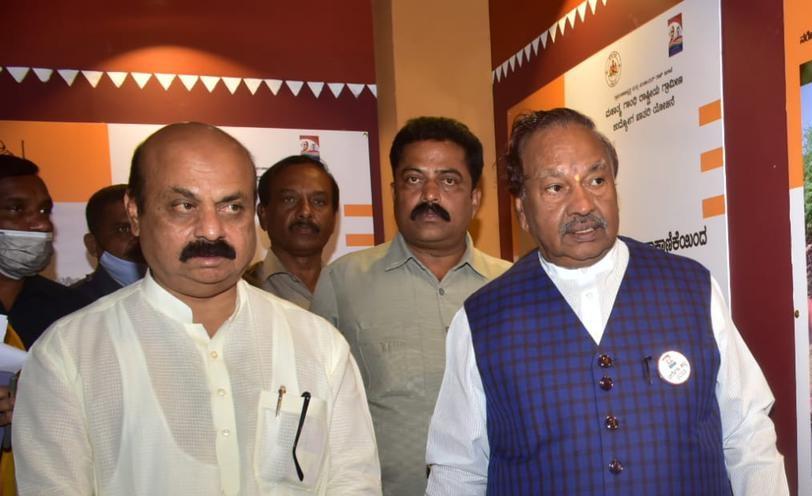 'Would have sat at home if party had told me': Deputy CM Fadnavis

Caught on cam: man attacks neighbours and their pet dog with iron pipe