Sharif's communication on Saturday came in response to a letter sent by Modi to the Pakistani leader congratulating him on becoming the prime minister, sources told PTI.

Pakistan Prime Minister Shehbaz Sharif has written a letter to his Indian counterpart, Narendra Modi, pitching for "meaningful" engagement between the two countries, people familiar with the development said on Sunday.

Sharif's communication on Saturday came in response to a letter sent by Modi to the Pakistani leader congratulating him on becoming the prime minister, they said.

In his letter a few days ago, Modi conveyed to Sharif that India desired constructive ties with Pakistan.

On April 11, the Pakistan parliament selected Sharif as the 23rd prime minister of the country, a day after Imran Khan was ousted from power in a no-confidence vote.

In a Twitter post, Modi congratulated Sharif on becoming the prime minister of Pakistan and said India desires peace and stability in a region free of terrorism.

"Congratulations to H. E. Mian Muhammad Shehbaz Sharif on his election as the Prime Minister of Pakistan. India desires peace and stability in a region free of terror, so that we can focus on our development challenges and ensure the well-being and prosperity of our people," he tweeted on April 11.

In his response, Sharif said Pakistan desires peaceful and cooperative ties with India.

It is learnt that Sharif, in his reply to Modi's letter, also sought resolution of the outstanding issues, including that of Kashmir, while maintaining that Pakistan favours peaceful and cooperative ties with India.

India has been maintaining that it desires normal neighbourly relations with Pakistan while insisting that the onus is on Islamabad to create an environment free of terror and hostility for such an engagement.

The ties between India and Pakistan came under severe strain after India's warplanes pounded a Jaish-e-Mohammed terrorist training camp in Balakot in Pakistan in February 2019 in response to the Pulwama terror attack.

The relations further deteriorated after India in August 2019 announced withdrawing special powers of Jammu and Kashmir and bifurcation of the state into two union territories.

"The government's consistent position has been that India desires normal neighbourly relations with Pakistan and is committed to addressing issues, if any, bilaterally and peacefully in an atmosphere free of terror, hostility and violence," Minister of State for External Affairs V Muraleedharan said in Parliament on April 7 while replying to a question.

"The onus is on Pakistan to create such a conducive atmosphere," he added. PTI 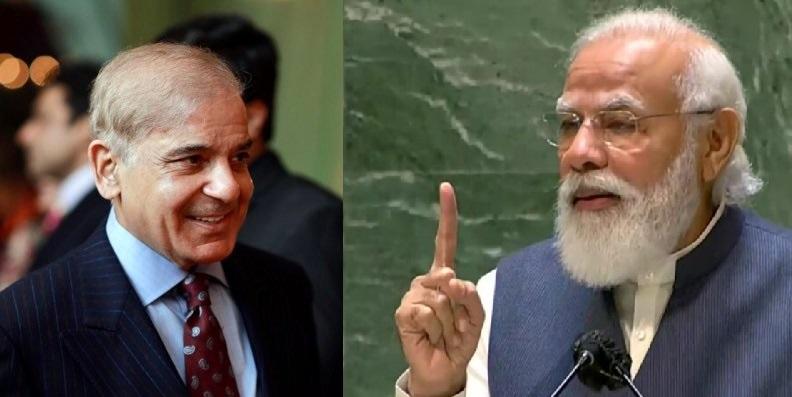