Explained: the 'Roe vs Wade' abortion rights verdict that US Supreme Court has overturned

PCB to target BCCI's IPL plan in next ICC meet

Congress MLA Jignesh Mevani was arrested by Assam Police from Palanpur town in Gujarat on late Wednesday night over a tweet and taken to Assam by air in the early hours, officials said on Thursday.

The prominent Dalit leader from Gujarat was arrested soon after a First Information Report (FIR) under section 153A of the Indian Penal Code, which deals with offences related to promoting enmity between communities, was registered at Kokrajhar police station in Assam, said his aide Suresh Jat.

"As per a document shared by the officials of the Assam police, an FIR has been lodged over a tweet by Mevani few days back. However, the tweet has been withheld by Twitter. It was about Nathuram Godse. Mevani was first brought to Ahmedabad by road and then taken to Assam by air early today morning," he added.

Mevani is independent MLA from Vadgam seat in Banaskantha. He recently extended support to Congress.

In a statement, Mevani's office said he was arrested by Assam police from Palanpur circuit House at 11:30 pm on Wednesday.

Gujarat Congress president Jagdish Thakor and other Congress leaders rushed to Ahmedabad Airport after learning about his arrest and shouted slogans against the BJP government. 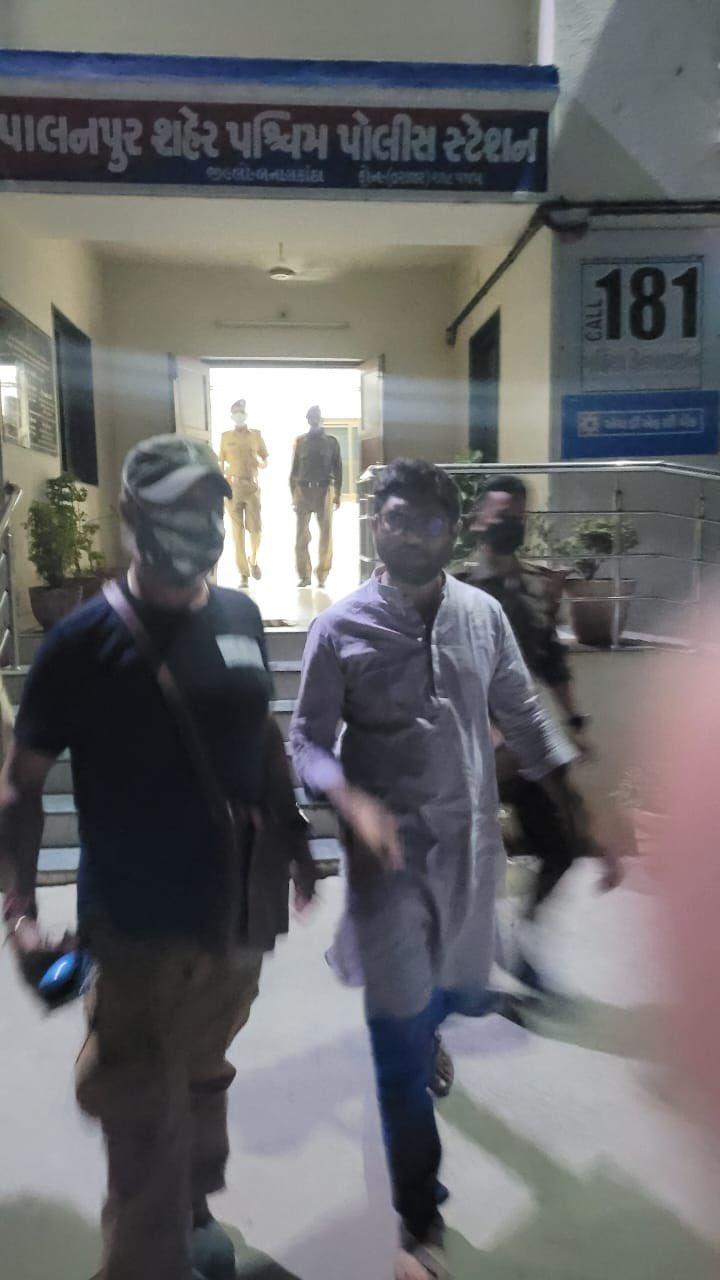