The demolition drive in Shaheen Bagh, one of the major site of anti-CAA protests, was supposed to be carried out last week but was postponed after police said they did not have enough personnel to provide security.

Protests erupted in Shaheen Bagh on Monday with hundreds of people, including women, opposing the SDMC's anti-encroachment drive as bulldozers rolled into the area in presence of heavy police personnel.

Protesters raised slogans against the BJP-ruled South Delhi Municipal Corporation (SDMC) as well as the central government and demanded that the action should be stopped. Some women protestors also stood in front of bulldozers to prevent the exercise.

Leaders from the Aam Aadmi Party and Congress also reached the spot and staged dharna against the action.

SDMC's Central Zone Chairman Rajpal Singh told PTI that the illegal structures could not be removed due to protests.

In December 2019, Shaheen Bagh was the centre of protests and sit-ins against Citizenship (Amendment) Act. The sit-in was called off in March 2020 when the COVID-19 pandemic had struck the city.

Last month, an anti-encroachment drive conducted by the North Delhi Municipal Corporation in Jahangirpuri area, which witnessed violence between two communities on April 16, drew widespread criticism. The Supreme Court had to intervene to stop the action there.

Singh said that removing encroachment from any area is our obligatory function which the civic body is doing.

"Protests being held are politically-motivated. We will do whatever we have to remove encroachment. Our bulldozers and trucks are still there (in Shaheen Bagh)," Singh told PTI.

Senior police officials were also present at the spot along with their personnel to provide security to SDMC officials to carry out the anti-encroachment drive in the area.

"Police personnel have been deployed at the spot where the anti-encroachment drive is being carried out. This is being done to ensure that the concerned civic bodies can carry out their work without any hassle and with all safety," a senior police official said.

Delhi Congress leaders, including party's media cell vice chairman Parvez Alam, were among those detained by the police.

The plan for anti-encroachment drive comes after Gupta wrote to the mayors of South and East corporations on April 20 seeking the removal of encroachments "by Rohingyas, Bangladeshis and anti-social elements" in their areas.

Last month, a drive was planned in Okhla and Jasola but it could not be executed due to unavailibility of police force, said SDMC's Central Zone Chairman Singh.

On May 10, the anti-encroachment drive will be conducted near Gurudwara Road near New Friends Colony while on May 11, it will be conducted in Meharchand Market, Lodhi Colony near Sai Baba Mandir and near JLN Metro station, he said 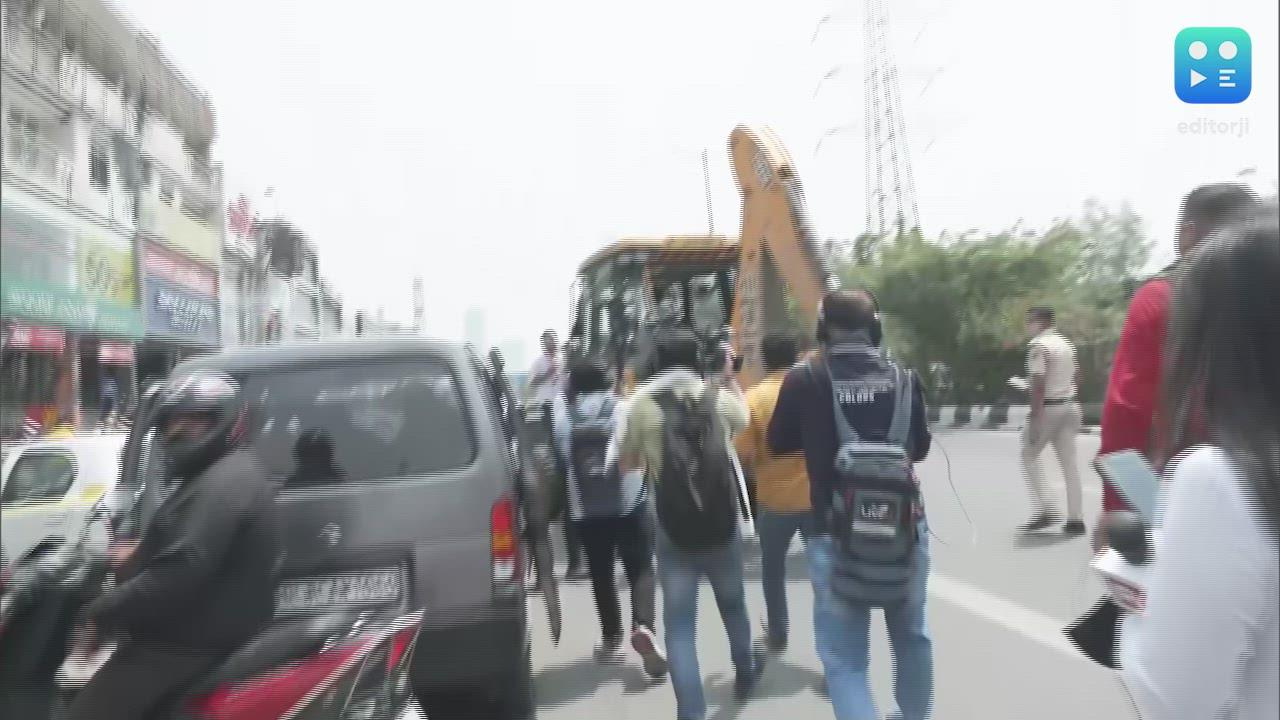