Lucknow Super Giants pounced on the mistakes of a self-destructing Punjab Kings to record a 20-run win in the Indian Premier League at MCA Stadium on Friday.

Kagiso Rabada struck four times as Punjab Kings upped their game in the bowling department to restrict Lucknow Super Giants to 153 for eight.

It should have been a straight forward chase but Punjab fluffed to end at 133 for eight in 20 overs.

Pacer Dushmantha Chameera (2/17) and Krunal Pandya (2/11) led LSG's spirted bowling effort but they were also aided by the recklessness of the Punjab batters who struggled to convert starts, including skipper Mayank Agarwal (25), Liam Livingstone (18) and Jonny Bairstow (32).

Rishi Dhawan (21 not out) tried his best to bring back Punjab from the dead but it proved to be too much of a task.

A sixth win in nine games takes IPL debutants LSG closer to a play-off berth while the task gets tougher for Punjab who have only four wins in nine games.

Earlier, the second wicket stand of 85 runs between opener Quinton de Kock (46 off 37) and Deepak Hooda (34 off 28) was the lone bright spot of LSG's innings.

The pace trio of Rababda (4/38), Arshdeep Singh (0/23) and Sandeep Sharma (1/18) delivered in different ways, while leg spinner Rahul Chahar chipped in with a couple of wickets. Punjab pacers were impressive in the powerplay after skipper Mayank Agarwal opted to bowl, limiting LSG to 39 with the crucial wicket of in-form K L Rahul (6).

While the ever improving Arshdeep and the seasoned Sandeep got the ball to swing, it was Rabada who got rid of the opposition skipper.

The South African speedster got one to straighten from good length proving it to be too good for Rahul, making it look like a proper Test match dismissal.

With the first four overs only fetching 16 runs, de Kock broke the shackles for LSG by smashing his fellow countryman Rabada for successive sixes, one a straight hit that landed on the boundary rope while the other maximum came via a massive hoick over midwicket. Hooda, who struggled to rotate strike early on in his innings, got going with a straight six off Rishi Dhawan.

Lucknow Super Giants have moved to the third spot on IPL 2022 points table after crushing Punjab Kings by 20 runs on Friday (April 29). Lucknow now have six wins in 9 games and they are only behind Gujarat Titans and Rajasthan Royals. Meanwhile, Punjab Kings saw a big blow their playoffs qualification hopes after losing the match against Lucknow. Punjab remained at the seventh position after losing their fifth game and now need to come good in the remaining matches five matches given their net run rate is negative. WATCH FULL POINTS TABLE HERE 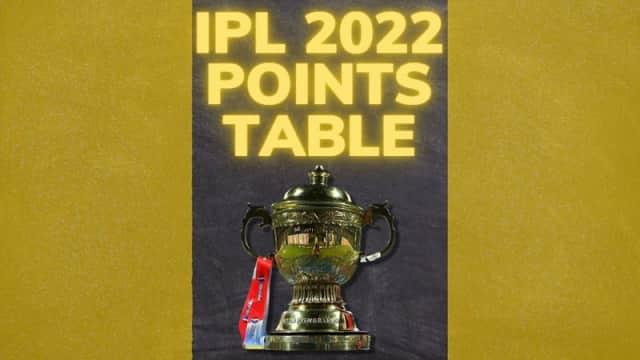 PBKS vs LSG highlights: Lucknow win the match by 20 runs

Avesh Khan bowls the last over and Rishi Dhawan smashes the first ball straight down the ground for a SIX.

Rishi hammers the second ball straight down the ground again but this time for a boundary. Rishi fails to score off the remaining four deliveries.

Lucknow win the match by 20 runs

Dushmantha Chameera comes back into the attack and Rishi Dhawan smashes the 2nd ball over extra cover for FOUR.

Rishi collects a single off the 4th ball.

Mohsin Khan [3.0-1-19-1] is back into the attack and Rabada holed out to sweeper cover in search of a big hit.

Rahul Chahar, right handed bat, comes to the crease and fails to put bat on ball. Rahul smashes the 4th ball of the over towards cow corner for FOUR.

Rahul Chahar holed out to deep mid-wicket in search of a biggie.

Mohsin concedes only five runs in the over.

Dushmantha Chameera [2.0-0-9-1] is back into the attack and gets the prized wicket of Jonny Bairstow.

Rabada joins Rishi in the middle.

Chameera concedes only two runs in the over.

Ravi Bishnoi [3.0-0-30-1] is back into the attack and Bairstow survives the on field LBW call thanks to a DRS.

Bairstow smashes the second ball straight down the ground for FOUR while collects a couple of runs off the next towards deep backward square leg.

Bairstow edges the 4th ball through vacant slip region for FOUR. Bairstow works the 5th ball towards mid-wicket region for a single.

A DOT to end the over.

Krunal Pandya continues and traps Jitesh Sharma in front of wicket off the second delivery.

Krunal Pandya comes into the attack and concedes seven runs off the first five deliveries while finds a leading edge of Rajaspaksha's bat of the last delivery. Rahul completes the catch.

Ravi Bishnoi comes into the attack and castles Dhawan.

Rajapaksha joins Bairstow in the middle.

Bishnoi concedes 5 runs in the over.

Mayank advances down the track and flashes hard, gets a top edge over short third man for a SIX.

Mayank tries to go over mid-off but fails to clear the fielder, GONE.

Bairstow arrives at the crease and edges the first ball he faced towards third man boundary for FOUR.

Jason Holder, right-arm fast medium, comes into the attack and concedes eight runs, including a boundary to Mayank Agarwal.

Mohsin Khan continues and concedes only three singles off the first three balls.

Mayank smashes the 4th ball for a SIX follows by a couple of runs towards mid-wicket pocket. Mayank guides the last ball just over first slip for FOUR.

Mohsin bowls the first over and starts with a MAIDEN OVER. Though Quinton de Kock concedes FOUR WIDES.

Arshdeep Singh [3.0-0-14-0] is back into the attack and concedes nine runs, including a boundary to Mohsin, in the last over.

Kagiso Rabada comes into the attack and Chameera dispatches the good length delivery into the mid-wicket stands for a SIX.

Chameera smashes again but this time manages only a top-edge and ball flies just over third man fielder for a SIX.

Another wild swing from Chameera, this time again he manages only a top edge but the ball doesn't go the distance as Rahul Chahar completes the catch at sweeper cover.

Avesh Khan comes at the crease and fails to put a bat on the ball. Another swing and miss from Avesh. DOT to end the over.

Jason Holder smashes the 3rd ball for a SIX. Holder holed out to Sandeep in search of a big hit.

Mohsin Khan comes to the crease and smashes the last ball for a SIX.

Dushmantha Chameera, right handed bat, comes to the crease and fails to score off the remaining three deliveries.

Kagiso Rabada [2.0-0-22-1] is back into the attack and gets the wicket of Krunal Pandya, who perished in search of a big hit.

Badoni tries to whip the back of length delivery and manages only leading edge. Livingstone completes the catch. Lucknow lose wickets in heap in search of big runs.

Jason Holder, right handed bat, comes to the crease and fails to score off the last ball.

Arshdeep Singh [1.0-0-1-0] is back into the attack and Krunal Pandya smashes the first ball for FOUR.

Deepak Hooda gets run out in search of a second run.

Stoinis joins Krunal in the middle.

Sandeep Sharma comes into the attack and de Kock smashes the first ball for FOUR.

de Kock finds another boundary off the 3rd ball towards deep backward point. de Kock edges the 4th ball to the keeper, GONE.

Sandeep Sharma concedes 10 runs in the over.

Rahul Chahar continues and concedes seven runs, including a boundary to Deepak Hooda.

Livingstone continues and Hooda wallops the first ball for a  BIG SIX.

Livingstone concedes 15 runs in the over.

Rahul Chahar comes into the attack and concedes seven runs, including a boundary to de Kock.

Liam Livingstone comes into the attack and concedes eight runs, including a boundary de Kock.

Deepak Hooda chips the first ball with great timing straight down the ground for a SIX follows by a single towards the mid-wicket pocket.

Rishi concedes 10 runs in the over.