Imran Khan has undergone surgery in a Lahore hospital after bullet shrapnel was found in right leg.

Amid a war of words between him and Pakistan's ISI chief, assailants opened fire on Pakistan Tehreeq-e-Insaaf Party chairman Imran Khan’s container in Wazirabad.

In a statement, the Punjab police said that seven people were injured and one person was killed during the attack on Khan. It added that a suspect has been taken into custody.

The attack took place on the seventh day of his long march from Lahore to Islamabad which was being carried out to press the authorities to hold the general elections.

The attack comes days after ISI chief Lieutenant-General Nadeem Anjum held an unprecedented press conference, saying the army and ISI were being maligned through lies by Imran Khan.

Imran Khan has undergone surgery in a Lahore hospital after bullet shrapnel was found in right leg.  The former Pakistan Prime Minister suffered bullet injuries after a gunmen opened fire during his rally in Punjab's Wazirabad on Thursday.

Pakistan's Dr Faisal Sultan, the former assistant to the prime minister on health, told reporters that PTI chairman Imran Khan’s condition is stable but according to X-rays and scans, there are fragments of bullets in his legs and there’s a chip in his tibia shin bone.

Punjab CM has suspended the entire staff, including the SHO, of the police station where Imran Khan's suspected attacker is being held after a video of his confession was leaked.

The chief minister has asked Punjab's Inspector General to take strict action against the officers.

The Pakistan Army has 'highly condemned' the attack on Imran Khan.

According to Inter-Service Public Relations (ISPR), the military offered sincere prayers for the speedy recovery and well-being of PTI Chairman Imran Khan and all those injured in this unfortunate incident.

Strongly condemn heinous assasination attempt on ex-PM of Pakistan, the brave Imran Khan. I have sought immediate reports from authorities. I pray for his speedy recovery & of all those injured. My condolences to family of deceased political worker who died during the incident.

Video of Imran Khan after he was injured in gun attack 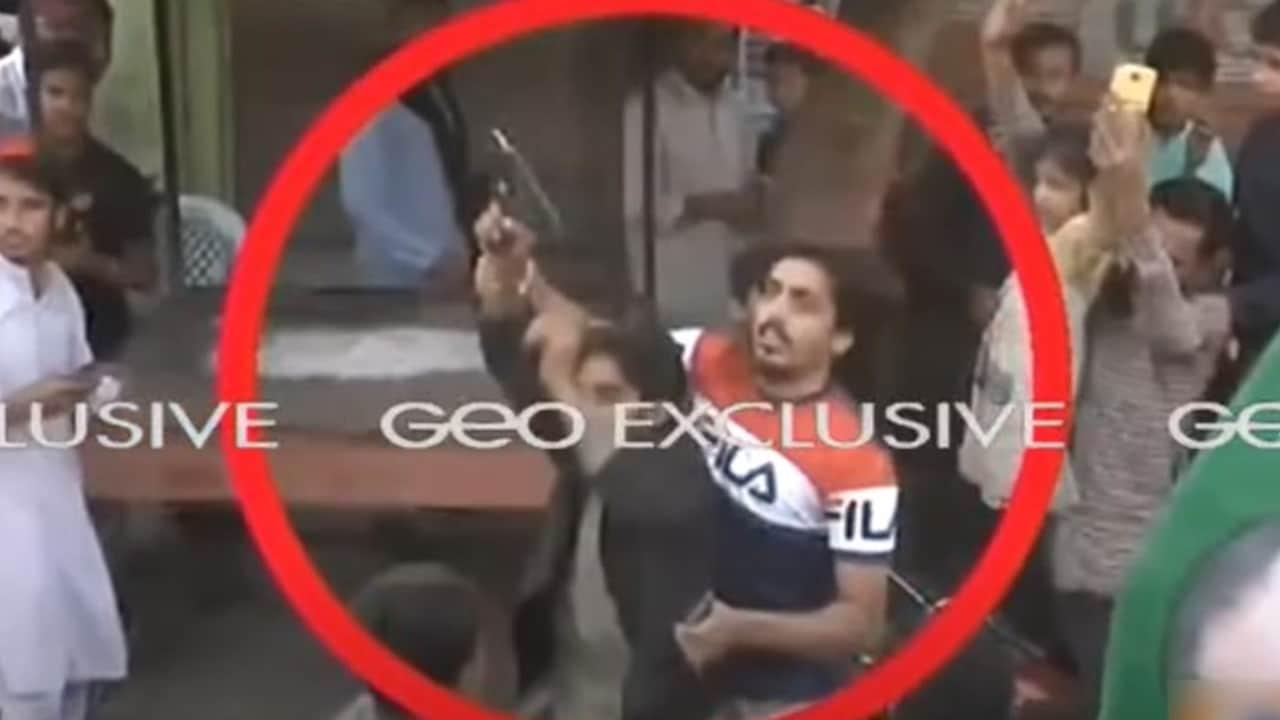 Geo TV footage showed that 70-year-old Khan was hit in the right leg. Police shifted him to a bullet proof vehicle from the container he was riding at the time of the attack.

The channel reported that one person has been arrested from the spot and police shifted him to an unknown location.

Initially, it was reported that Khan was safe while some people were injured. However, later it turned out that Khan was also injured.

There are also reports that Khan’s close aide Senator Faisal Javed was also injured in the attack.

The incident occurred near Allahwala Chowk of Wazirabad town of Punjab.

France's fresh step towards adoption of abortion rights in the country