Congress leader Rahul Gandhi was questioned for over eight hours by the Enforcement Directorate for the second consecutive day in the National Herald money-laundering probe and was again summoned on Wednesday, even as the opposition party continued its protests and sparred with the BJP, accusing it of conspiring to defame the Gandhi family through the ''false'' case.

Gandhi, 51, who was quizzed for over 10 hours a day earlier, arrived on Tuesday at the ED headquarters on APJ Abdul Kalam Road in central Delhi accompanied by his sister and Congress general secretary Priyanka Gandhi Vadra and his questioning began at 11:30 am.

After a session of about four hours, Gandhi took a break for about an hour at around 3:30 pm and went home. He rejoined the questioning and was still at the ED office at 9 pm.

Rahul Gandhi arrived at the agency's office at 11:30 am on Tuesday with his "Z+" category security and left close to midnight. The probe pertains to alleged financial irregularities in Young Indian Private Limited, promoted by the Congress, that owns National Herald. National Herald is published by Associated Journals Limited, or AJL.

Congress leader: The situation is like a banana republic

A total of 217 Congress workers were detained u/s 65 DP Act including 8 Lok Sabha &7 Rajya Sabha members. All have been released. Some detentions were made in other parts of Delhi &suitable legal action is being taken for violation of prohibitory orders u/s 144 CrPC: Delhi Police 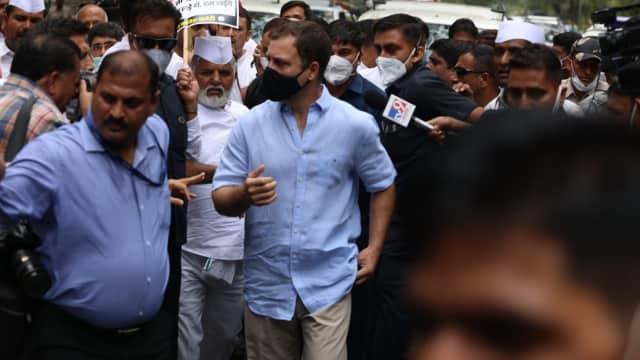 ED's interrogation in the alleged money laundering case against him was paused for a while on the second day after 4 hours of questioning.

Several Congress leaders, including K C Venugopal and Adhir Ranjan Chowdhury, were detained for violating prohibitory orders outside the heavily barricaded party headquarters on Tuesday, day two of Rahul Gandhi being questioned by the ED.

Ahead of his second day of questioning, the former Congress chief joined senior party leaders at a 'dharna' at the Congress headquarters. Several Congress leaders were detained by Delhi Police and taken away to different police stations.

Congress leader Randeep Surjewala and others detained as they protest over ED probe against party leader Rahul Gandhi in the National Herald case. Several Congress leaders being taken to Tughlak Road Police Station. 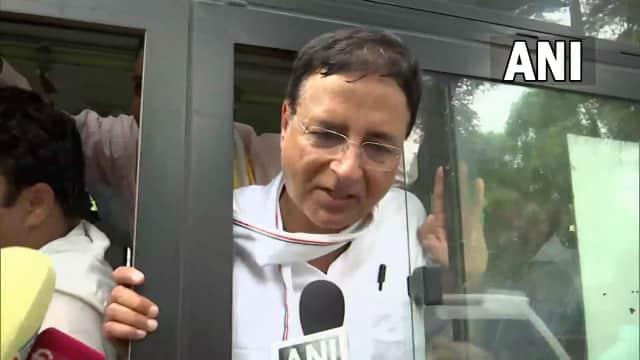 National Herald case- Chidambaram interview: if ED follows law we have no problem

Day 2 of ED questioning yet to start, Rahul Gandhi arrives at Party HQ

Congress leader Rahul Gandhi arrivesd at party headquarters along with sister and party leader Priyanka Gandhi Vadra Rahul will be appearing before ED for probe in the National Herald case, today 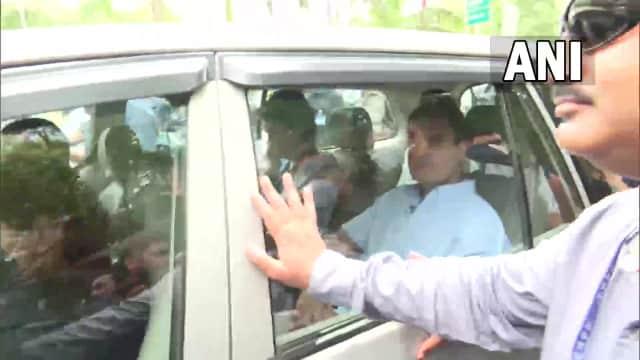 Chidambaram hits out; questions why the ED is not probing any BJP member 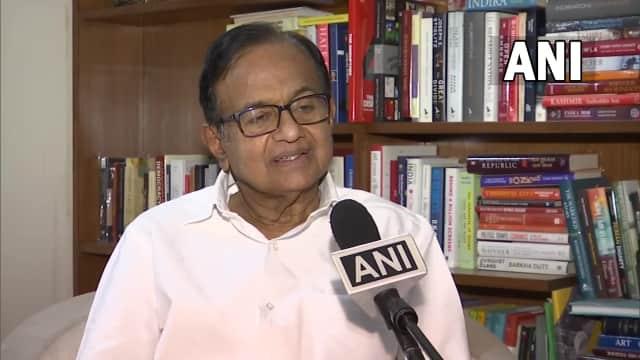 Massive deployment of police personnel outside the Congres s office way up to ED headquarters which is about 2 km away. Rahul is set to appear for questioning for the second day on Tuesday.

National Herald case: Rahul Gandhi back in ED office for second round of questioning

Rahul Gandhi questioned for 2.5 hours, to return after lunch break

Congress: BJP is hiding behind the police like the British

National Herald case: Rahul leaves ED office, to come back after a break

Rahul Gandhi leaves ED office after being questioned for 2.5 hours, he will be interrogated further after a lunch break. 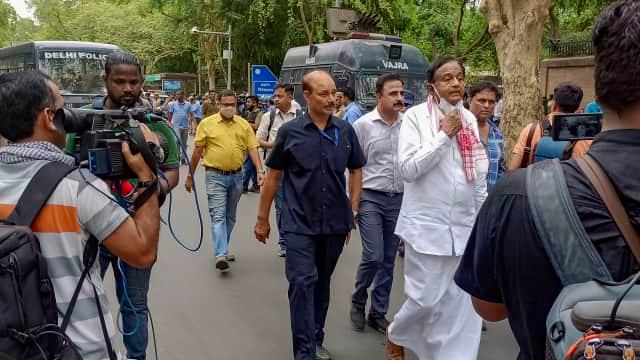 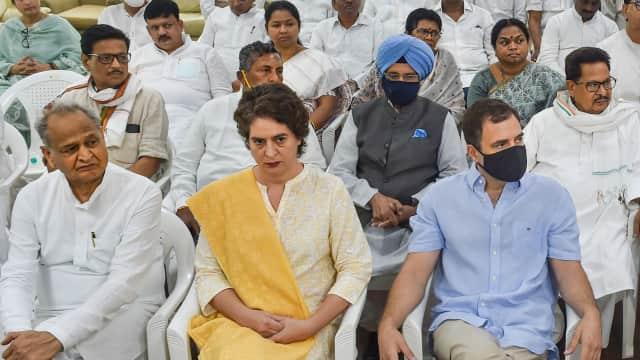 Rahul appears before ED: senior Congress leaders detained as they take to the streets

The Maharashtra Congress on Monday staged protests outside the Enforcement Directorate's office in Mumbai and other parts of the state over the summons issued by the probe agency to party leaders Sonia Gandh and Rahul Gandhi in a money laundering case linked to the National Herald-Associated Journals Ltd deal.

Rahul Gandhi on Monday appeared before the ED in Delhi for questioning in the case.

Talking to reporters here, Maharashtra Congress chief Nana Patole said be it Rahul or Sonia Gandhi, the Nehru-Gandhi family has only contributed to the country — from freedom struggle to nation building after independence.

"Targeting this family and tarnishing its image by calling them before the ED office...not only Congressmen, but even the common man stands behind the Gandhi family," Patole said.