A new chapter opened in the drama surrounding BJP leader Tajinder Pal Singh Bagga on May 7. A Mohali court reportedly issued a fresh arrest warrant against the politician, a day after his arrest by Punjab police led to a 3-state face-off.

Meanwhile, a day after his dramatic arrest and "rescue", Delhi BJP leader Tajinder Pal Singh Bagga on Saturday said he was branded a "disruptive" leader by political opponents, including the AAP, as he was active both on social media and in the field to expose them.

Surrounded by mediapersons, family members and friends at his Janakpuri residence here on Saturday, Bagga expressed his "redoubled" resolve to raise his voice against the AAP and its chief Arvind Kejriwal.

In dramatic developments that drew in the police of three states and led to a BJP-AAP slugfest, the Delhi BJP leader was arrested by Punjab Police from his home here on Friday, stopped in Haryana while being taken to Punjab and brought back to the national capital by Delhi Police hours later.

"No matter one or 100 FIRs are registered against me, I will keep raising issues of dishonouring of Guru Granth Sahib and Kejriwal's insult to Kashmiri Pandits," he said.

He said except for the case related to advocate Prashant Bhushan, there was nothing which justifies distorted image projected by the media and opposition party leaders.

In 2011, Bagga along with another person was arrested for physically assaulting Bhushan.

"Kejriwal's party is saying anything about me. But, even after the Prashant Bhushan incident, I had lunch and dinner with Arvind Kejriwal and Manish Sisodia at Kumar Vishwas's home at least 20-25 times.

"They did not see anything bad in me then and now they are attacking me because I am raising my voice against the AAP and its chief Kejriwal," Bagga said.

Last month Punjab Police registered a case against him at Mohali under charges of issuing provocative statements, promoting enmity and criminal intimidation.

Reacting to the entire incident leading to his arrest and rescue, senior AAP leader Atishi had said "The BJP left no stone unturned to protect bonafide goon and hate monger Tajinder Bagga." Bagga claimed that while he was being taken to Punjab after his arrest, the police tried to persuade him not to raise issues pertaining to dishonouring of Guru Granth Sahib and 'The Kashmir Files' movie.

"They told me why was I getting myself involved with matters of other state when I lived in Delhi," Bagga claimed.

Bagga returned to his Janakpuri home in the wee hours of Saturday after being produced before a Dwarka court magistrate by the Delhi Police.

He was taken from Kurukshetra to Gurugram where the Dwarka court magistrate lived. However, he was later taken to DDU hospital in Delhi for MLC which took a couple of hours and finally he was produced before the magistrate. 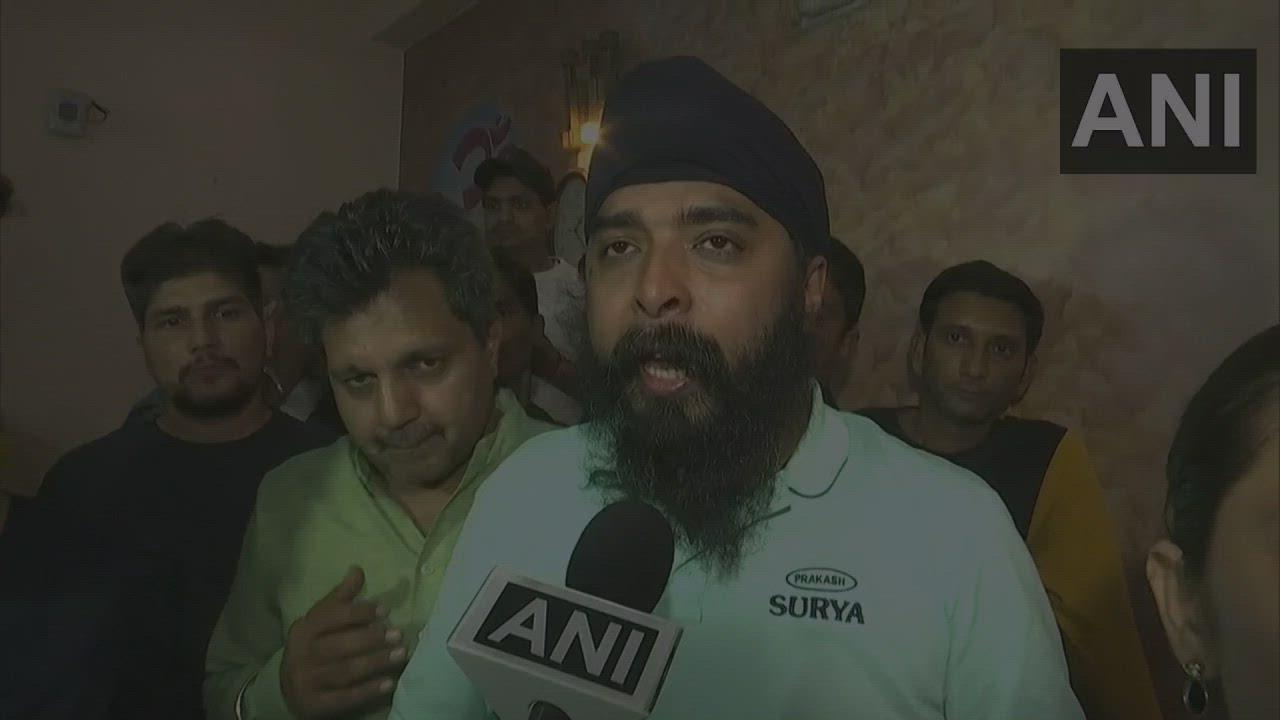