American teenager Natalee Holloway disappeared in 2005 while on vacation in Aruba. Till date, no one knows what happened to her.

A teenager goes missing. The person she was last seen with is arrested. He tells police one story after another. There's no proof, so the suspect is released, until he kills another girl. And all these years, there's no body, no sign, no idea at all of what happened to the first victim.

This is the unsolved case of Natalee Holloway.

In May 2005, 18-year-old Natalee travelled to Aruba from America. She was part of a high school seniors and chaperones' trip. On 29 May 2005, Natalee and dozens of other students went to a place called Carlos 'N' Charlie's Nightclub.

From there, the group dispersed, and Natalee was seen leaving the area at around 1:30 am in a car. She was wearing a denim mini-skirt, and a multi-coloured halter top. Three men were in the car along with Natalee - Joran van der Sloot, and Deepak and Satish Kalpoe.

That night, Natalee did not return to her hotel room. The next day - 30 May 2005 - the group returned to the US, with Natalee still missing.

Then began a game of arrest, release, repeat amid a lack of evidence, and changing stories.

Almost two months later, they were arrested again, but on 3 September, Joran van der Sloot, as well as the Kalpoe brother were released again. The trio went to jail once again in late 2007, but not for long, as police still did not have much proof.

All this while, Joran and the Kalpoes played with the police - first telling one story about what happened to Natalee, and then changing it.

Initially, they claimed that they had taken Natalee to the California Lighthouse near Arashi Beach for shark watching. Later, they dropped her off at her hotel at around 2 am, where they saw a guard approaching her.

Subsequently, one of the former guards who had been arrested claimed that one of the Kalpoes had told him something else. Apparently, Natalee had not been dropped off at the hotel, and instead, Joran and Natalee had gone to a beach near the hotel.

Subsequently, Joran took authorities to the spot near the hotel where he claimed to have dropped Natalee off. He then claimed that she had fallen and hit her head while exiting the car.

A few years later, a crime journalist orchestrated a hidden-camera sting interview of Joran. In that video, Joran claimed that he had had sex with Natalee on the beach, but she had fallen sick, and starting shaking before losing consciousness. Joran confessed that he had asked a friend to throw her body out at sea.

When the sting aired, Joran claimed that what he had said was a lie to impress the person doing the hidden interview.

In 2017, a man appeared in a documentary to claim that he had helped Joran dispose of Natalee's body. A person named John Ludwick said that he had been paid in 2010 by Joran to dig up Natalee's remains and burn them. Ludwick also claimed that Natalee died due to a bad reaction to a drug which Joran had given her without telling her. Following this lead, Natalee's father and a private investigator found some human remains, but it was not Natalee.

Joran fell to even greater depths after his father died of a heart attack in 2010. He contacted the family attorney of the Holloways with a shocking deal. Joran offered to "help" Natalee's family if they paid him a quarter million dollars.

The Holloways got in touch with US agency FBI which made a plan to fool Joran into thinking that he was getting money. The objective was to put Joran behind bars, even if on wire fraud charges. Subsequently, the Holloways' attorney gave Joran $25,000 as initial payment.

In return, Joran said that he had hidden Natalee's body in the foundation of an under-construction house. But this story fell apart when Aruban authorities said that the house was not being built at the time. After this, Joran kept telling the Holloways' lawyer that he would surrender, but instead fled to Peru.

In Peru happened what seemed impossible, exactly 5 years after Natalee's disappearance. Joran met 21-yr-old Stephany Flores at Atlantic City casino in Peru's Lima. The two played poker for a few hours, and then Stephany went with Joran to his room at Hotel Tac.

On 30 May 2010 - the 5th anniversary of Natalee's disappearance - Joran left the hotel room alone, carrying nothing but a backpack. He told the reception desk not to disturb the girl in his room. Two days later, Stephany's body was found in Room 309. She had been beaten to death, possibly with a tennis racquet, and her neck was broken.

Joran fled, but was caught in Chile. He claimed to be innocent, but four days later, confessed to murdering Stephany in a fit of rage. He said that Stephany had been checking his laptop, and asking questions about Natalee Holloway. Joran justified his crime by saying that he had faced "psychological trauma" due to the Natalee case. In 2012, he was sentenced to 28-and-a-half years in prison in Peru.

Joran had a comfortable life before he turned into a murderer. He was born in 1987 in Arnhem, Netherlands. His mother was an art teacher, and father a lawyer. The family moved to Aruba when Joran was 10 years old. He was an honours student at the International School of Aruba. Joran was active in sports, as well as the island's nightlife, according to witnesses. Interestingly, Paulus van der Sloot was in the process of becoming a judge when the Natalee case happened.

Now, Joran is set to spend most of his life in prison. But he has found a wife - Leidy Figueroa - who met Joran while visiting another inmate at the prison. The two even have a daughter.

He now has a family after ruining the lives of two families.

Natalee was born in 1986 and grew up in Birmingham, Alabama. Her family included father Dave, mother Beth, and younger brother Matt.
The kids lived primarily with their mother after their parents divorced in 1993. Natalee was an honors student, and a member of the school dance team. She had a full academic scholarship to the University of Alabama, where she wanted to study pre-medicine. Natalee was also part of the American Field Service helping foreign exchange students.

She was declared legally dead in 2012. With no body to bury, and full closure elusive, Natalee's parents are content that at least Joran is in prison.

He faces extradition to the US after his Peru jail term ends in 2038. He is accused of extortion and wire fraud in America which could send him to jail for 40 more years.

In 2010, Natalee's mother Beth visited Joran at the Peru jail. Later, she called it a freeing experience, as her campaign of 5 years to put him in behind bars had ended. She said that when she left the prison, she didn't feel any hate, but saw Joran as a "pathetic" person. 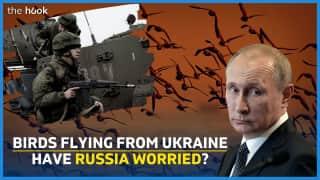 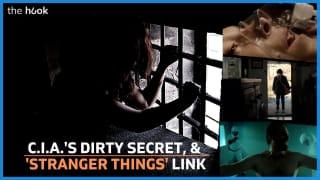 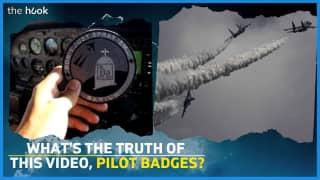 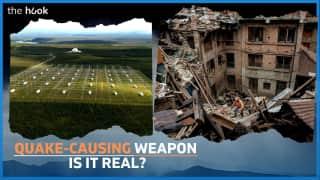