Updated: Feb 26, 2019 09:40
|
Editorji News Desk
After launching the Endeavour facelift last week, Ford India is now set to bring the facelift of its Figo hatchback next month. Unlike the Endeavour, changes on the new Figo won’t be just cosmetic and it will get an all new petrol engine with the facelift. The Figo facelift will get the new 1.2-litre dragon series petrol engine, which is also found in the Aspire and the Ford Freestyle. This 3-cylinder motor makes 96PS of max power and 120Nm of peak torque. The diesel engine will remain the same as the outgoing model. Other updates on the 2019 Figo include new sporty interiors, touchscreen infotainment system, bigger alloy wheels and new wraparound headlamps. When launched, expect the prices of the new Figo to remain at par with the current model. 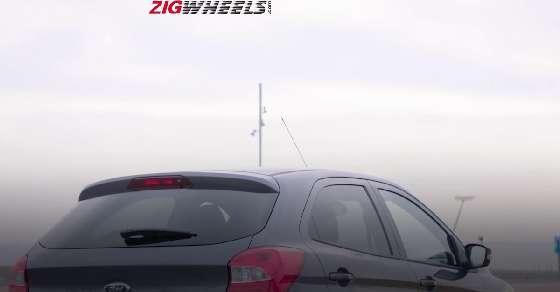