Yechury on way to Srinagar after SC permission

CPM general secretary Sitaram Yechury is on his way to Srinagar to meet ailing party leader Yusuf Tarigami. Yechury was last week not allowed to enter Srinagar by the administration when he had gone as part of an opposition delegation. But he was on Wednesday allowed by the Supreme Court to travel to Srinagar to meet Tarigami. The court, however, directed Yechury to not indulge in any other activity and restrict his visit to meeting his ailing party colleague 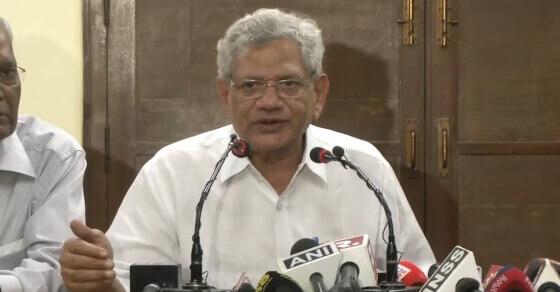 Yechury on way to Srinagar after SC permission