Updated: May 28, 2019 09:34
|
Editorji News Desk
With Rohit Sharma, Shikhar Dhawan and Virat Kohli at the top, India's batting order surely packs a punch. In the lower order with MS Dhoni, Hardik Pandya and a possible Ravindra Jadeja, India's batting line up looks like a well oiled war machine. But there is a chink in the armour. The men in blue have tried various options but the number 4 batting slot still remains in a muddle. ((GFX IN)) Since the 2018 Asia Cup, Indian batsmen from number 4 to 7, average 37.5 in 18 ODI innings. 6 teams including Bangladesh have a better record than India during that period. ((GFX OUT)) Kedar Jadhav and Vijay Shankar were being looked upon as the saviours, but with Jadhav struggling with injuries more often than not, and Shankar's lack of game time, are worrying signs for Virat Kohli. ((GFX IN)) Post the 2018 Asia Cup, MS Dhoni and Jadhav average the best for India, between number 4 to 7. Dinesh Karthik's numbers during that period are also impressive, but with MSD around, it's unlikely that h 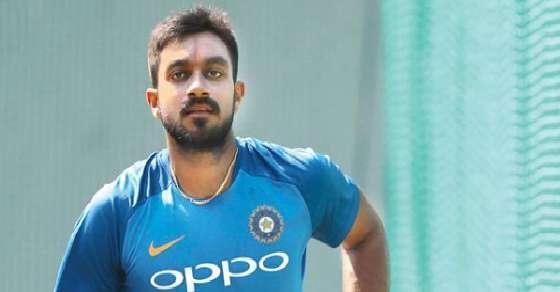