Updated: May 28, 2019 15:54
|
Editorji News Desk
Telangana Rashtra Samithi working president KT Rama Rao has said will continue to maintain its neutral stand with the BJP-led National Democratic Alliance government at the Centre. Telangana chief minister K Chandrasekhar Rao’s son, who is popularly known as KTR, said that there was no invitation from Delhi for the TRS to join the NDA and his party would never compromise on fighting with the Centre on the issues concerning Telangana. 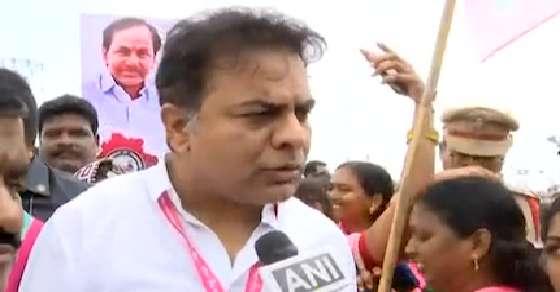