Updated: Feb 25, 2019 06:33
|
Editorji News Desk
Is Robert Vadra openly signalling his political intent? Posters on display in his hometown Moradabad definitely seem to suggest that. Just a day after his loaded Facebook post in which he talks of not wasting years of learning and experience, he takes centre-stage in the posters that have smaller images of his in-laws, Congress president Rahul Gandhi and Sonia Gandhi. There is speculation that Vadra could have himself forwarded these posters to journalists. 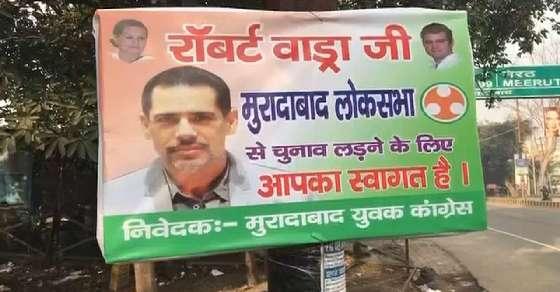