A video from a terrorist encounter that took place in Jammu and Kashmir's Ramban yesterday has now gone viral. The video shows Anita Sharma, the SSP from Ramban acting as a hostage negotiator and asking the terrorists to surrender. SSP Sharma is being hailed for her courage. 3 terrorists and 1 soldier died in the encounter, the owner of the house who is also a BJP worker has been rescued. 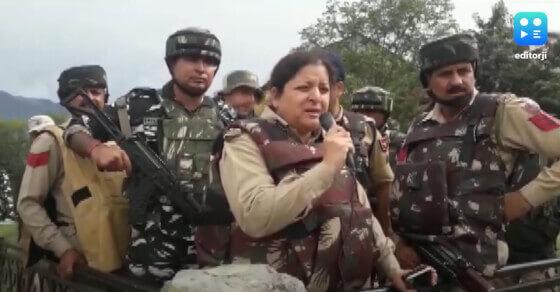