Watch the teaser for 'The King'

The teaser of Timothée Chalamet starrer 'The King' is out. Based on literary icon William Shakespeare’s plays Henry, the movie will follow the story of Hal, a wayward prince, who ascends to the English throne after his father’s death. The movie chronicles Henry's struggled as he comes to terms with the responsibilities of his reign, and deals with the war and chaos. Also starring Robert Pattinson in a pivotal role, 'The King' will stream on Netflix in Autumn. 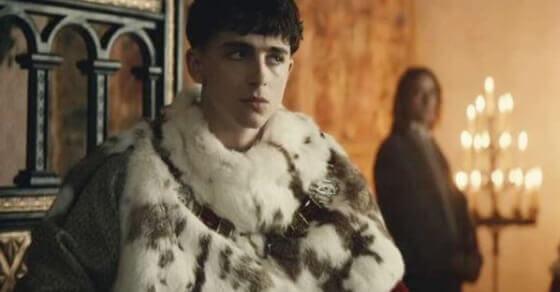 Watch the teaser for 'The King'