Nothing boosts a politician's confidence more than the love of public. But at times the supporters go over the top in expressing their love for their leader. Congress MP Rahul Gandhi encountered one such over enthusiastic supporter in his constituency Wayanad on Wednesday. While Rahul's car was making its way out of a group of excited supporters, a young man made his way pat the security cordon, peeped his head inside the car window and planted a quick kiss on Rahul Gandhi's cheek that were already red with all the Wayanad adulation. 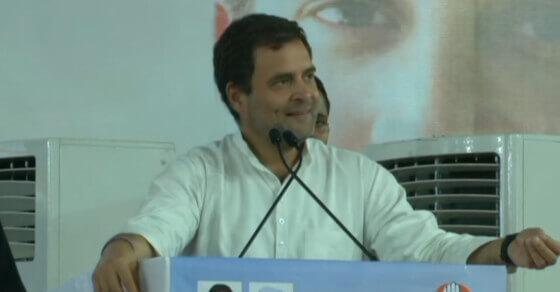