A massive earthquake jolted Assam and Northeast India on Wednesday morning. Reports of damages to buildings and properties have come in from different parts of the state. In Sonitpur district, the epicentre of the quake, walls of many houses seen crack as a result of the massive earthquake.
In addition, large cracks were also seen on National Highway No 15 at Jamugurihat.
Similarly, in Biswanath district large cracks were seen on the road connecting Bishwanath and Pabhoi.
Walls of many houses developed cracks at Garehari village and Monabari tea estate in Biswanath district.
As per the Nationals Centre for Seismology, the epicentre of the quake was Sonitpur in Assam and the magnitude was 6.4 on the Richter scale. The earthquake occurred at 7.51 am at a depth of 17 km. The quake was followed by five aftershocks around the same region with a varying intensity ranging from 3.2 to 4.7 on the Richter scale. 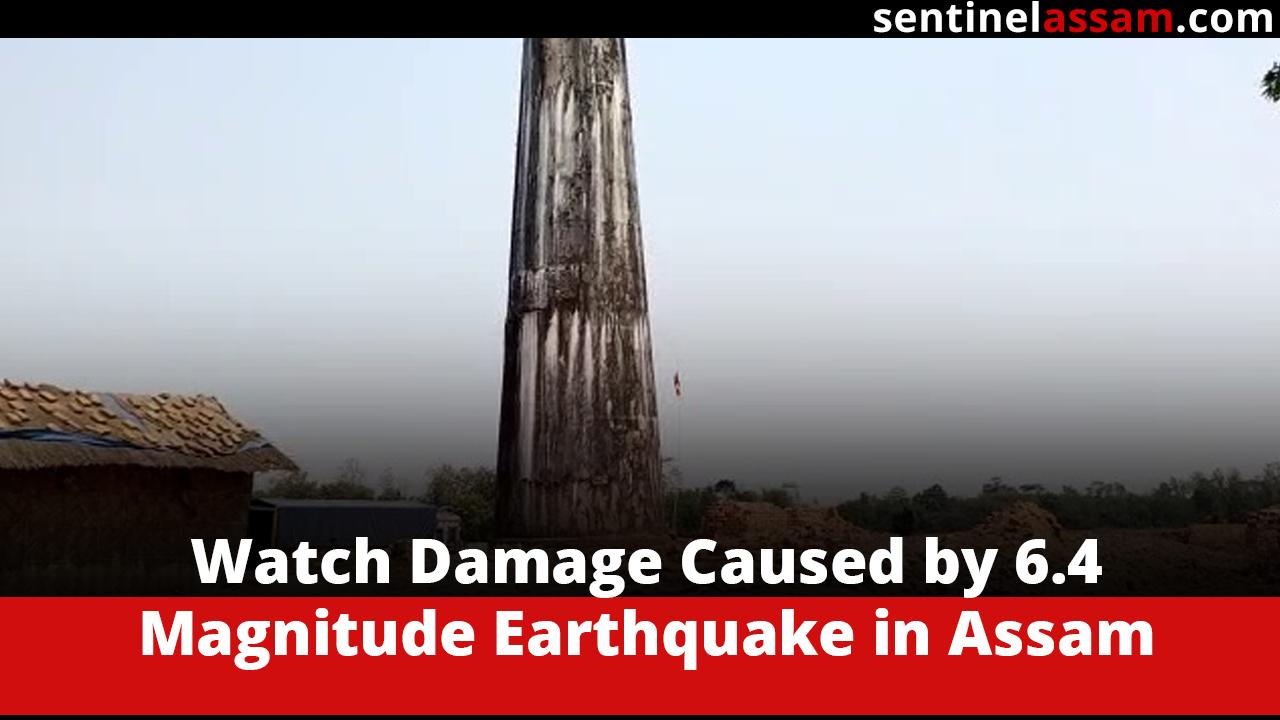