Watch: Ayushmann Khurrana Enjoys A Game of Cricket In Between Shots

Well known Bollywood actor Ayushmann Khurrana who was recently seen in Kaziranga National Park and Tiger Reserve enjoying a gypsy ride as he took a tour of the National Park, was spotted enjoying a game of cricket in an open field.
Khurrana who has several movies to his credit including popular Hindi films like Vicky Donor, Shubh Mangal Saavdhan, Article 15 and Dum Lagake Haisha, visited Northeast to shoot for his next film to be directed by Anubhav Sinha. The film is said to be a spy thriller and Ayushmann is supposed to play the role of a spy in the film.
In the video that Ayushmann has shared in his Instagram shows children cheering for him as he flicked the cricket ball outside the village ground where the actor was playing. 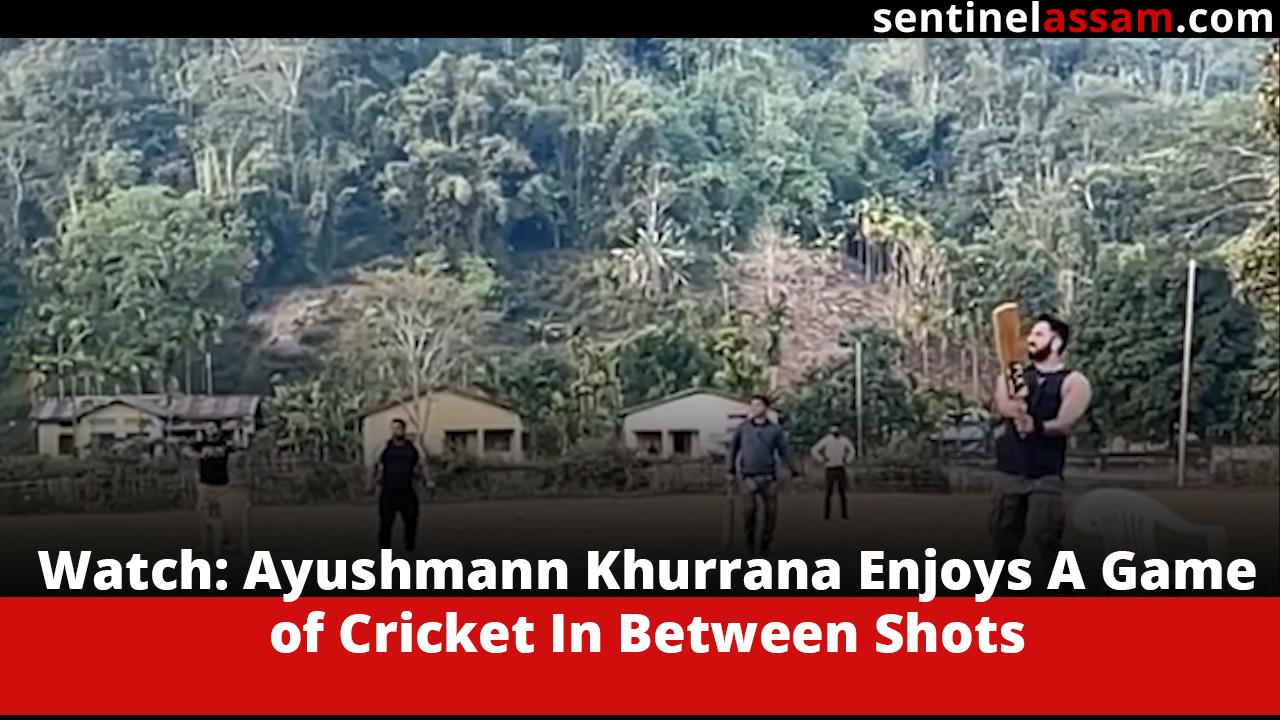 Watch: Ayushmann Khurrana Enjoys A Game of Cricket In Between Shots