There was no stopping David Warner on Day 2 of the Adelaide Test vs Pakistan. The southpaw made the visitors suffer through the day as he smashed his maiden Test triple hundred. Warner remained unbeaten on 335 after Tim Paine declared the innings at 589/3. Warner powered through the day after Marnus Labuchagne was dismissed for 162. Fans on social media were upset with Tim Paine's decision on declaring the innings while Warner was looking good to score 400. Interestingly, this was the first ever triple hundred score in Test cricket in Adelaide. 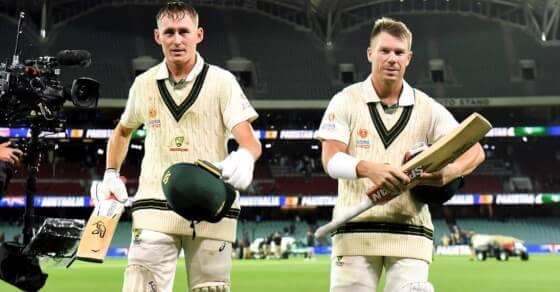