Liverpool's defender Virgil van Dijk was rewarded for his exemplary last season as he won the UEFA player of the year award pipping heavyweights like Cristiano Ronaldo and Lionel Messi. The defender who was the bedrock of Liverpool's defence in their Champions League triumph last season is the first-ever defender to win this award since the inaugural edition in 2010-11. The Dutch defender had moved to Liverpool from Southampton in January 2018 for a then-world record fee for a defender at 90 million dollars. 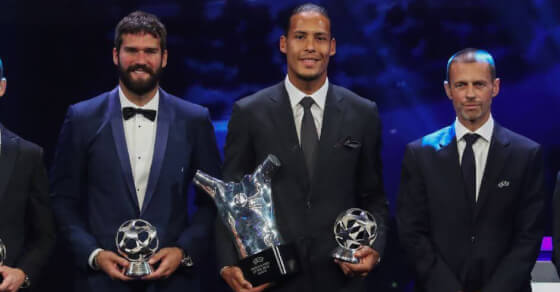