US slams China on 'arbitrary' arrests of Uighurs

Updated: May 30, 2019 04:27
|
Editorji News Desk
The United States on Wednesday called on China to release all Uighurs and other Muslim minorities arbitrarily detained throughout the Xinjiang province so that they can return home to celebrate Eid with their families. A US State Dept spokesperson also said that China must immediately end its rampant abuse of human rights in the Xinjiang province where the ethnic minorities, including the Uighurs, are a minority. The spokesperson added that US is alarmed by the arbitrary and unjust detentions of more than a million people. 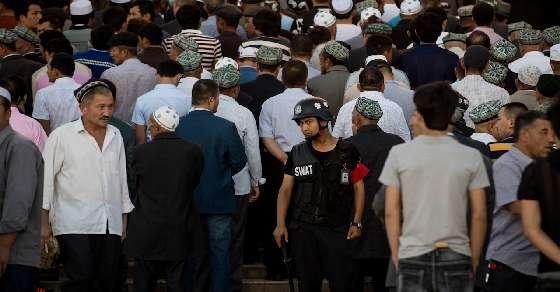 US slams China on 'arbitrary' arrests of Uighurs