US sets up UN clash with China over Azhar

Updated: Mar 28, 2019 04:53
|
Editorji News Desk
The United States on Wednesday circulated a draft resolution to the UN Security Council that would blacklist Jaish-e-Mohammad chief Masood Azhar as a terrorist, setting up a potential clash with China over the move. China earlier this month put on hold a request to put Masood Azhar on the UN sanctions list. The draft resolution is backed by France and Britain. It is still unclear when a vote would be held on the draft resolution, which could face a veto from China 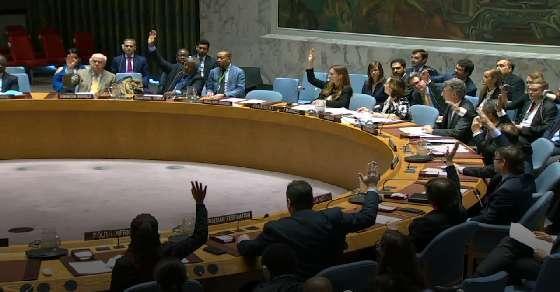 US sets up UN clash with China over Azhar