Updated: Mar 29, 2019 15:38
|
Editorji News Desk
Throwing Britain into further chaos, MPs in UK's House of Commons rejected Prime Minister Theresa May's Brexit deal for the third time. The Brexit withdrawal agreement was rejected by 58 votes, despite Theresa May's offer, that she would step down if the bill was passed. May in Parliament said, the vote would have grave implications. The legal default now is that the UK leaves the European Union on the 12th of April. 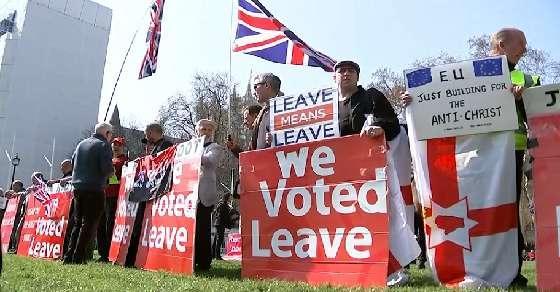