Trump to troops in Iraq: We're no longer the suckers

Updated: Dec 27, 2018 17:58
|
Editorji News Desk
Speaking to US troops in Iraq, President Donald Trump said America is 'no longer the sucker' and the US should no longer be doing the fighting for every nation. He also boasted about a pay hike he had given to the forces, which he claims was the first in a decade. "If they want us to do the fighting, they also have to pay a price and sometimes that's also a monetary price. So we're not the suckers of the world. We're no longer the suckers, folks. And people aren't looking at us as suckers", said Trump. 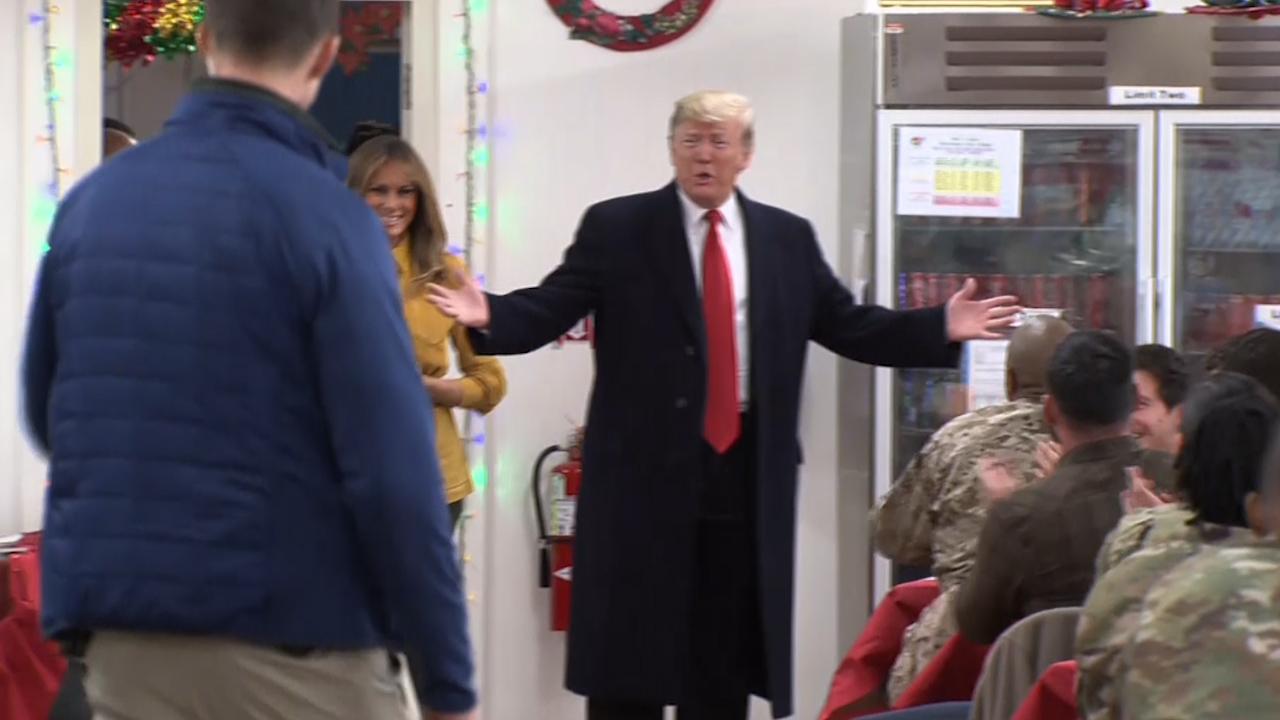 Trump to troops in Iraq: We're no longer the suckers

NSA Doval: India was and will remain key stakeholder in Afghanistan

Texas massacre: does the US need stricter gun control? Donald Trump doesn't think so. Here's what he said

Monkeypox: why has Russia asked WHO to probe 'US biolabs in Nigeria'