Trump: Meet with North Korea a chance to do something special

Updated: Feb 25, 2019 05:42
|
Editorji News Desk
Striking an optimistic note, US President Donald Trump said he was looking forward to this week's summit with North Korean leader Kim Jong Un in Vietnam. Amid concerns over North Korea's slow progress in giving up its nuclear arsenal following their Summit in Singapore last year, Washington will be looking to secure a firm commitment from Leader Kim Jong Un in the upcoming meet. "It's a very interesting thing to say but I've developed a very, very good relationship (with North Korean leader Kim Jong Un). We'll see what that means. But he's never had a relationship with anybody from this country and hasn't had lots of relationships anywhere," the US President said. 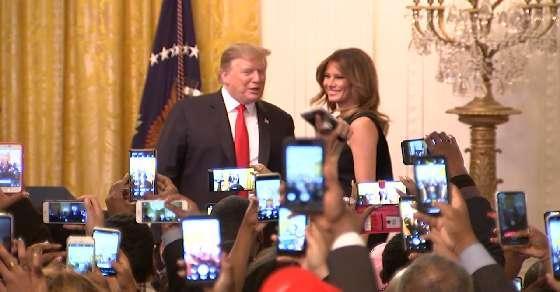 Trump: Meet with North Korea a chance to do something special