Updated: Apr 27, 2019 04:27
|
Editorji News Desk
Speaking at the annual convention of the National Rifle Association, President Donald Trump announced that the US will be withdrawing from the UN arms treaty. The agreement, which regulates the $70 billion global conventional arms business, was signed by Barack Obama in 2013, but was never ratified. The agreement is the first legally binding treaty to regulate the international trade in conventional arms. It has been ratified by 101 countries. 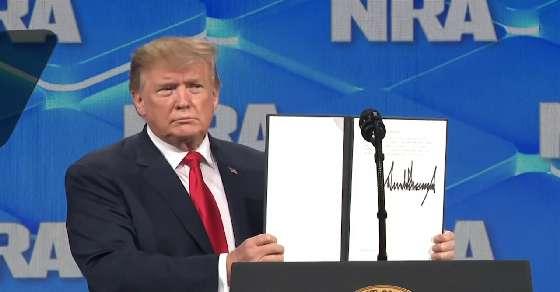