President Donald Trump has announced the resumption of peace talks with the Taliban during a surprise visit to Afghanistan. Trump told media persons that terms of the deal would have to include a Taliban ceasefire. The visit comes a week after a prisoner swap with the Taliban which many believe was aimed at resuming peace negotiations to end the 18-year-long war. After nine rounds of negotiations with the Taliban, Trump in September had called off the peace talks. Meanwhile, the Taliban has told AFP that it was "way too early" to speak of resuming any direct talks with Washington. 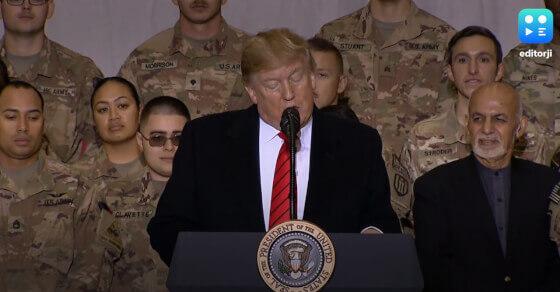