Updated: May 28, 2019 08:34
|
Editorji News Desk
Trouble seems to be brewing for the ruling TMC government in West Bengal, as 3 of its MLAs and number of Councilors have travelled to Delhi, and may join the BJP. BJP leader Mukul Roy has claimed, that the legislators are unhappy with the Trinamool Congress and are therefore following his footsteps. Mukul Roy's son Subhrangshu, is among the rebel MLAs. At an election rally in Bengal, PM had earlier claimed, that 40 Trinamool MLAs were in touch with him and will desert Mamata after elections. 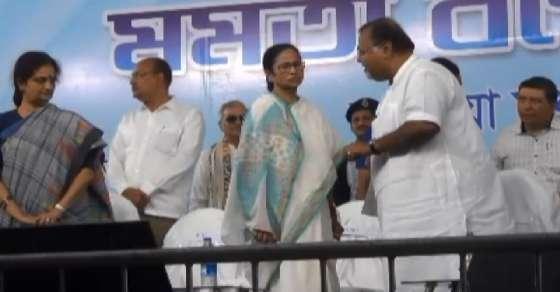