Updated: Feb 26, 2019 04:36
|
Editorji News Desk
Cardinal George Pell, the most senior Catholic cleric ever charged with child sex abuse, has been convicted in Australia of molesting two choirboys moments after celebrating mass. The jury convicted Pell of abusing two 13-year-old boys whom he had caught swigging sacramental wine in a change room at Melbourne's St. Patrick's Cathedral in 1996 when he was archbishop. The jury also found Pell guilty of indecently assaulting one of the boys in a corridor in 1997. The 77-year-old faces upto 50 years in prison. 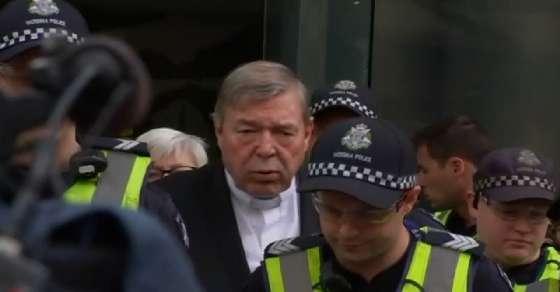