Here's a wrap of the top stories from morning newspapers

The Assam government has sought to ease fears as the deadline for the publication of the final National Register of Citizenship approached. The Hindustan Times has reported that the govt has reiterating that those excluded will not automatically be declared foreigners and that people should not believe rumours. The administration in Assam has also increased security and issued orders banning large assemblies and use of loudspeakers in some areas.

The 2,000 rupee note, which was much-reviled in the aftermath of demonetisation due to difficulties in exchanging it, is seeing a sharp drop in print orders by the RBI. The Times of India has reported that the number of outstanding notes has shrunk by 7.2 crore to 329 crore in financial year 2019. According to bankers, the RBI is shifting focus away from the 2,000 note as the denomination was printed in large numbers to cope with the replacement of demonetised notes.

The CBI has sought Lok Sabha Speaker Om Birla’s sanction for prosecution of three Trinamool Congress MPs — Sougata Ray, Kakoli Ghosh Dastidar and Prasun Banerjee — and former MP Suvendu Adhikari in the Narada case, The Indian Express has reported. Quoting CBI sources, the report said the MPs will be chargesheeted after the Speaker grants sanction. The Narada sting case pertains to some TMC leaders who were purportedly caught on tape accepting money from a person posing as a representative of a private company.

Reviving consumption demand and private investment remains the top priority in the current fiscal, the RBI said on Thursday, signalling the possibility of at least one more interest rate cut this year. Business paper Mint reported that to revive growth, governor Shaktikanta Das has asked banks to pass on past rate cuts to borrowers at a faster pace by linking lending rates to external benchmarks such as repo rate. 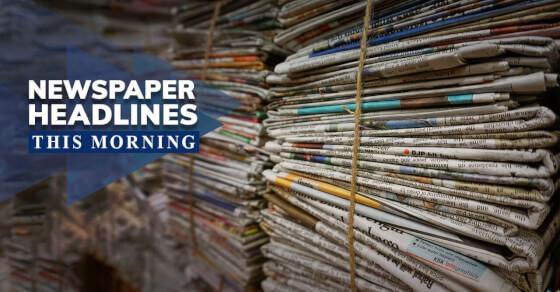