Updated: Mar 29, 2019 01:47
|
Editorji News Desk
Hit by financial troubles, Iceland's budget airline WOW Air on Thursday, abruptly grounded its planes, leaving nearly 4000 passengers stranded across the US and Europe. Passengers were told there would be no further flights and were advised to check with other airlines for their jouneys. WOW Air grounded at least six planes in North America, that were set to depart from Montreal, Toronto, Boston, Detroit, New York and Baltimore. 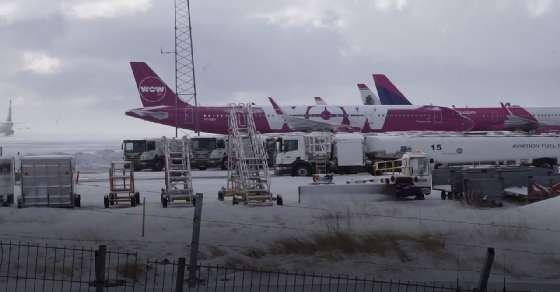