Updated: Feb 26, 2019 05:11
|
Editorji News Desk
While there is still no official word from Air Force or Army on the surgical strikes on terror camps across LoC, the Minister of state for agriculture tweeted that the air force carried out aerial strikes early morning at terror camps across the LoC and completely destroyed them. The minister added that this is Modi's India that will cross into Pakistan and attack the terrorists. 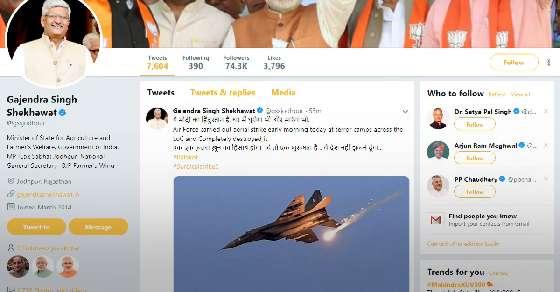