Updated: Mar 31, 2019 02:25
|
Editorji News Desk
The cracks in the RJD’s first family over ticket distribution widened further on Saturday with party chief Lalu Prasad’s elder son Tej Pratap Yadav announcing that he would back his own candidate from the Jehanabad parliamentary seat as against the party’s official nominee. Tej Pratap wanted candidates of his choice for Jehanabad and Sheohar seats, but after RJD announced sitting MLA Surendra Yadav as RJD candidate for Jehanabad, Tej Pratap has said that he will back his own candidate on the seat. 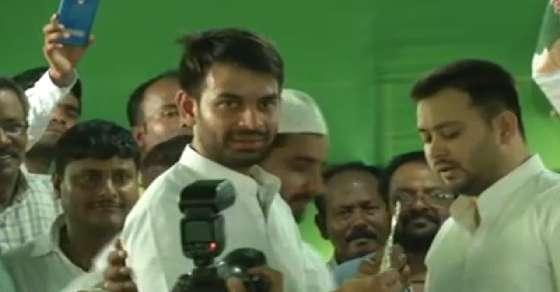