Updated: Apr 26, 2019 12:27
|
Editorji News Desk
Dismissing the possibility of any threat to Sunil Jakhar, who is the Congress candidate for the Gurdaspur Lok Sabha seat, against BJP's Sunny Deol, Punjab Chief Minister Amarinder Singh said that the actor was just a "filmi fauji" with no ground support in the constituency. Accompanying Jakhar for filing his nomination papers, Amarinder said Sunny Deol is a filmy fauji, while I am a real fauji. Amarinder, who comes from the erstwhile royal family of Patiala was a Captain in the Army in the 1960s. 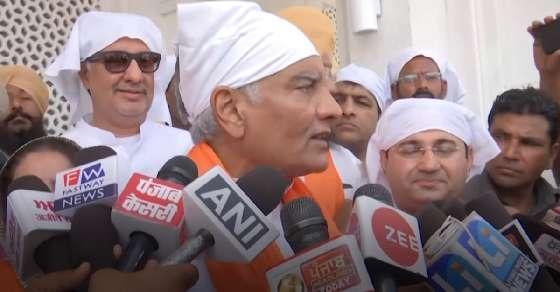