Updated: Apr 29, 2019 04:32
|
Editorji News Desk
Spanish Prime Minister Pedro Sanchez's Socialist Party emerged as the single largest political party after it won 123 seats in the Sunday's snap election. However, PM Sanchez will need the support of at least one other party to stay in power. The Socialist Party obtained 28.69 percent of the vote, and 123 of the 350 lower-house seats. The conservative Popular Party came in second, with 16.69 percent and 66 seats. 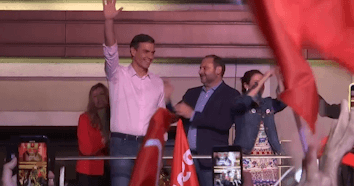 Putin slams US: era of the unipolar world order is nearing its end