Sonakshi Sinha shut down a troll calling her a 'buffalo'

Updated: Mar 27, 2019 07:49
|
Editorji News Desk
Sonakshi Sinha who was a celebrity guest on Arbaaz Khan's chat show 'Pinch' had an epic response to a troll who called her a 'buffalo'. Sonakshi started by pointing out the wrong spelling that the troll had written and mentioned that if someone comes in front of her and says such things, then she would give him hard punches. The actor then reminded Arbaaz that before starring in 'Dabangg' how unhealthy she was and that she lost weight to get the role but still there are trolls who call her unfit. 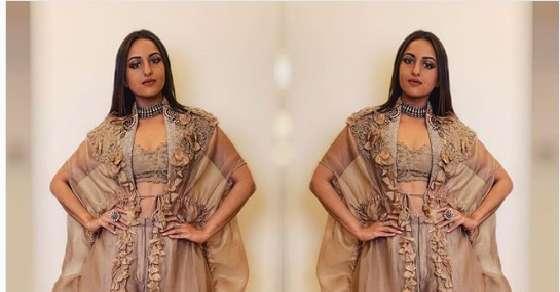 Sonakshi Sinha shut down a troll calling her a 'buffalo'