Updated: May 31, 2019 02:53
|
Editorji News Desk
About 300 passengers were left in a lurch when an An Air India flight was grounded in London for 48 hours due to a technical snag, NDTV reported. The AI-130, a Boeing 777-300 flight was scheduled to depart from London's Heathrow Airport on May 28 at 1:15 pm, but was grounded due to an oil leak. The passengers were accommodated in hotels and told that the flight would take off the following day. Passengers complained that airline staff were "not confident with her updates". 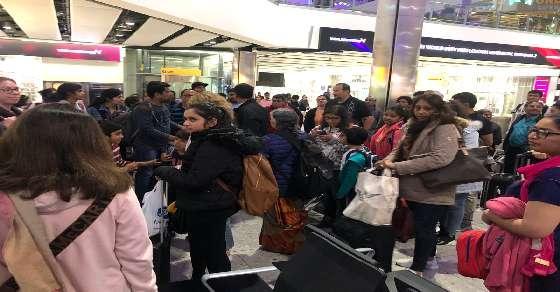