After getting banned from international athletics due to high testosterone levels, South African runner Caster Semenya has made a switch to football. The IAAF which is the governing body for athletics had banned Semenya and she can't defend her 800m title at the World Championship in Doha. Semenya is a 2-time Olympic Gold Medallist and has won 3-time World Champion in 800m. Semenya has now joined South African club JVW outside the transfer window and but can't play for the club till the start of the next season in 2020. 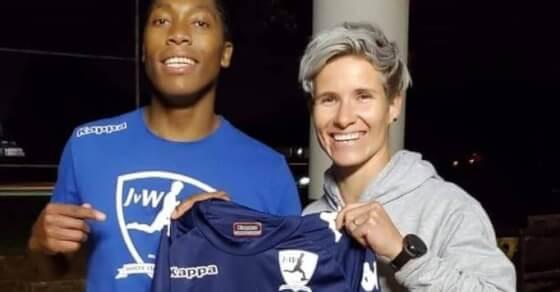