Updated: Apr 29, 2019 06:33
|
Editorji News Desk
The Samajwadi Party has claimed that a number of its leaders have been put under house arrest in Kannauj where party President Akhilesh Yadavs wife Dimple Yadav is contesting the Lok Sabha elections. SP state President Naresh Uttam sent a letter to the state election commission late on Sunday night, with photographs of police personnel camping outside the houses of senior SP leaders in the district. IANS reported that more than a dozen leaders were put under ‘house arrest', which prevented them from voting. 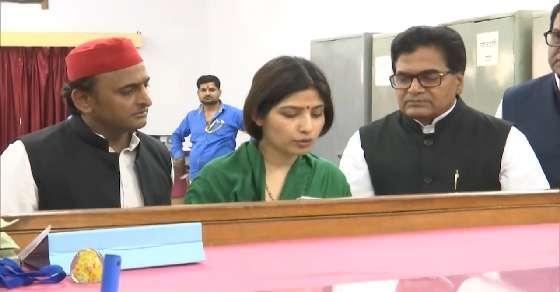