Sachin to Ombudsman: get no monetary benefit from Mumbai Indians

Updated: Apr 28, 2019 10:35
|
Editorji News Desk
Mentor for Mumbai Indians, Sachin Tendulkar has refuted all allegations of a 'Conflict of Interest' levelled against him, filed by the Madhya Pradesh Cricket Association member Sanjeev Gupta. In a letter to BCCI-appointed ombudsman DK Jain, Sachin said he neither "received any monetary compensation" nor had any decision making role in the IPL franchise. As per the complainant, Tendulkar was allegedly performing a dual role of "support staff" for Mumbai Indians and member of the Cricket Advisory Committee. 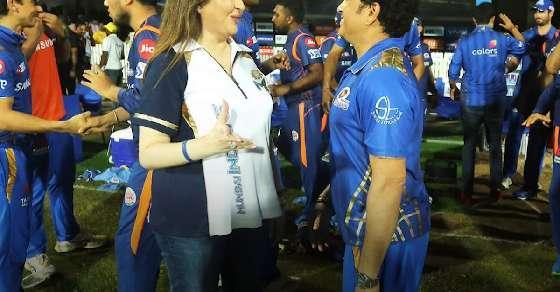 Sachin to Ombudsman: get no monetary benefit from Mumbai Indians