RSS leader says the Sangh is synonymous with India

Calling the RSS synonymous to India, RSS leader Krishna Gopal Sharma said Pakistan being angry with the Sangh is the same as Pakistan being furious with India. During his UN General Assembly speech, Pakistan Prime Minister has repeatedly attacked the RSS, especially after the abrogation of Article 370 in Jammu and Kashmir, saying RSS believes in the ethnic cleansing of Muslims.
"RSS is only in India. We don't have any branches anywhere in world. If Pakistan is angry with us it means they are angry with India. RSS and India are synonyms now. We also wanted the world to see India and RSS as one," said RSS leader Dr Krishna Gopal Sharma. 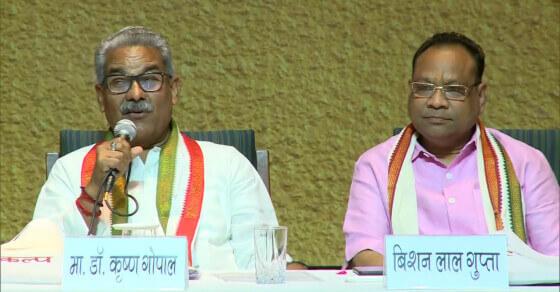 RSS leader says the Sangh is synonymous with India