Updated: May 31, 2019 11:53
|
Editorji News Desk
Robert Vadra on Friday failed to appear before the Enforcement Directorate for questioning citing health reasons. The businessman and Rahul Gandhi's brother-in-law is under the ED scanner in a money-laundering case involving ownership of 1.9 million pounds of overseas assets. Vadra was questioned by the ED on Thursday for over seven hours in relation to kickbacks received by his company in petroleum deals in Gujarat, IANS reported. 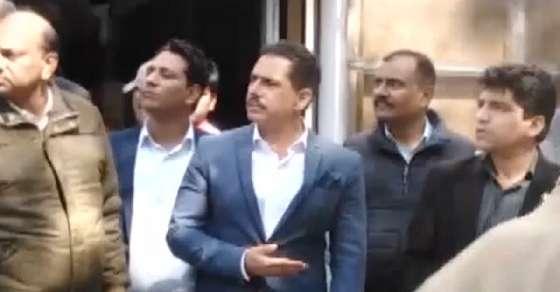