Updated: Apr 28, 2019 03:42
|
Editorji News Desk
The Opposition has complained to the Election Commission alleging that only BJP name was displayed under its symbol on the EVM during a mock drill in West Bengal’s Barrackpore constituency. The opposition demanded that either the EVMs should be replaced or EC should display names of other parties as well. However, the election watchdog has said that the same pattern was used for the BJP in the Lok Sabha elections of 2014. Earlier, reports of EVM malfunctioning favouring the ruling BJP across the country had emerged. 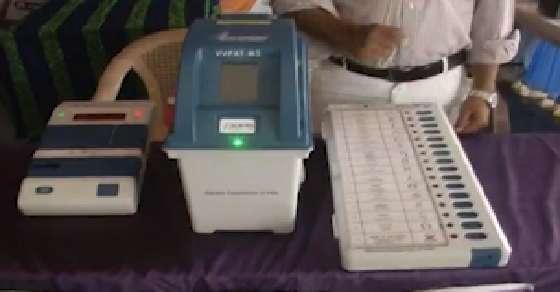