Remains of 1,100 dolphins wash up on French coast

Updated: Mar 29, 2019 06:01
|
Editorji News Desk
The remains of more than one thousand dolphins have washed up on France's Atlantic coast since the beginning of the year, according to French marine researchers. Since the start of this year, a record 1,100 dead dolphins have been recovered, many of them mutilated by fishing nets and machinery. The number found thus far already surpasses last year's total, which itself was up from 2017 and was the highest in 40 years at the time. The reasons for the unusual spike remain a mystery. 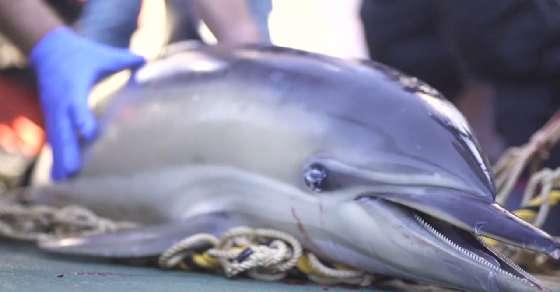 Remains of 1,100 dolphins wash up on French coast